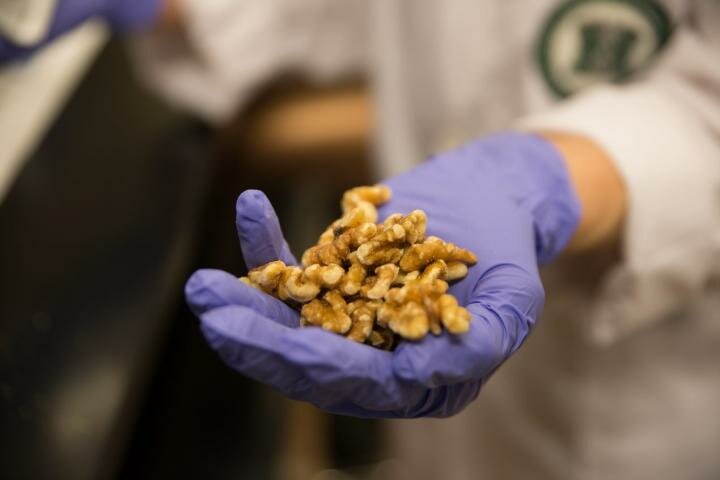 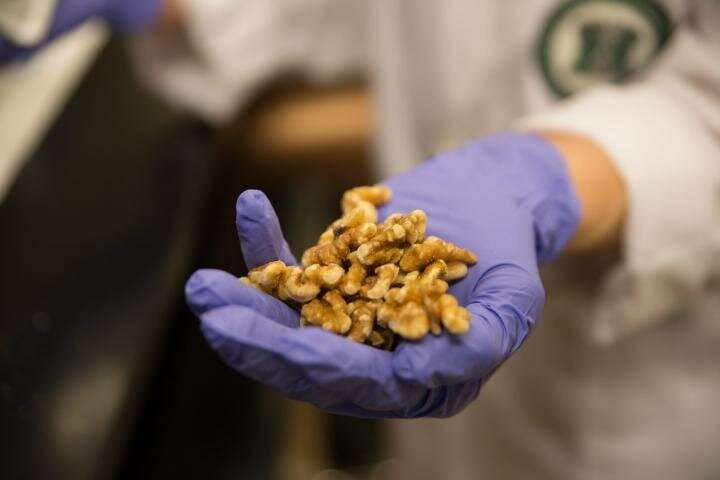 New research from Marshall University links walnut consumption as a contributing factor that could suppress growth and survival of breast cancers.

Led by W. Elaine Hardman, Ph.D., a professor in the Department of Biomedical Sciences at the Marshall University Joan C. Edwards School of Medicine, a Marshall University team revealed that consumption of two ounces of walnuts a day for about two weeks significantly changed gene expression in confirmed breast cancers. This pilot, two-arm clinical trial is the latest of a series of related studies at Marshall University related to dietary walnut links to tumor growth, survival and metastasis in breast cancer. The work is described in a March 10 paper published in the journal Nutrition Research.

In this first clinical trial, women with breast lumps large enough for research and pathology biopsies were recruited and randomized to walnut consuming or control groups. Immediately following biopsy collection, women in the walnut group began to consume two ounces of walnuts per day until follow-up surgery. Pathological studies confirmed that lumps were breast cancer in all women who remained in the trial. At surgery, about two weeks after biopsy, additional specimens were taken from the breast cancers.

Changes in gene expression in the surgical specimen compared to baseline were determined in each individual woman in walnut-consuming (n = 5) and control (n = 5) groups. RNA sequencing expression profiling revealed that expression of 456 identified genes was significantly changed in the tumor due to walnut consumption. Ingenuity Pathway Analysis showed activation of pathways that promote apoptosis and cell adhesion and inhibition of pathways that promote cell proliferation and migration.