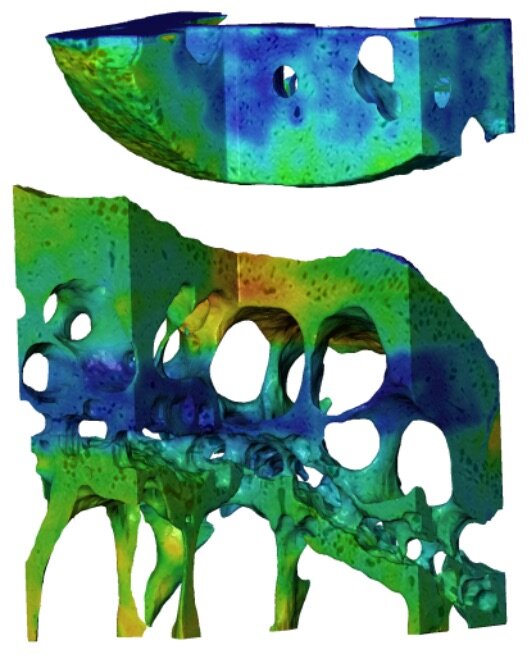 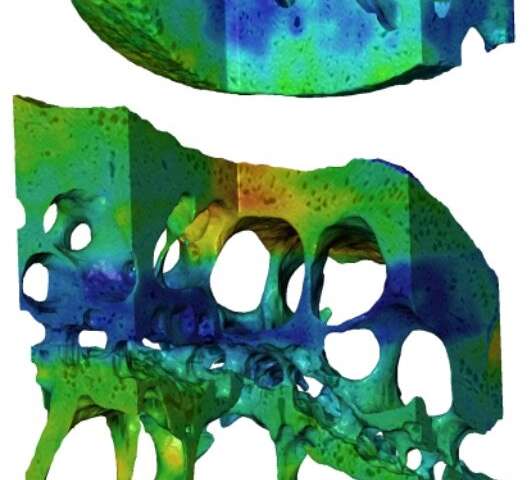 Oregon State University research has provided the first complete, cellular-level look at what’s going on in joints afflicted by osteoarthritis, a debilitating and costly condition that affects nearly one-quarter of adults in the United States.

The study, published today in Nature Biomedical Engineering, opens the door to better understanding how interventions such as diet, drugs and exercise affect a joint’s cells, which is important because cells do the work of developing, maintaining and repairing tissue.

Research by the OSU College of Engineering’s Brian Bay and scientists from the Royal Veterinary College in London and University College London developed a sophisticated scanning technique to view the “loaded” joints of arthritic and healthy mice—loaded means under strain, such as an ankle, knee or elbow would be while running, walking, throwing, etc.

“Imaging techniques for quantifying changes in arthritic joints have been constrained by a number of factors,” said Bay, associate professor of mechanical engineering. “Restrictions on sample size and the length of scanning time are two of them, and the level of radiation used in some of the techniques ultimately damages or destroys the samples being scanned. Nanoscale resolution of intact, loaded joints had been considered unattainable.”

Bay and a collaboration that also included scientists from 3Dmagination Ltd (UK), Edinburgh Napier University, the University of Manchester, the Research Complex at Harwell and the Diamond Light Source developed a way to conduct nanoscale imaging of complete bones and whole joints under precisely controlled loads.

To do that, they had to enhance resolution without compromising the field of view; reduce total radiation exposure to preserve tissue mechanics; and prevent movement during scanning.

“With low-dose pink-beam synchrotron X-ray tomography, and mechanical loading with nanometric precision, we could simultaneously measure the structural organization and functional response of the tissues,” Bay said. “That means we can look at joints from the tissue layers down to the cellular level, with a large field of view and high resolution, without having to cut out samples.”

Two features of the study make it particularly helpful in advancing the study of osteoarthritis, he said.

“Using intact bones and joints means all of the functional aspects of the complex tissue layering are preserved,” Bay said. “And the small size of the mouse bones leads to imaging that is on the scale of the cells that develop, maintain and repair the tissues.”

Osteoarthritis, the degeneration of joints, affects more than 50 million American adults, according to the Centers for Disease Control and Prevention. Women are affected at nearly a 25% rate, while 18% of men suffer from osteoarthritis.

As baby boomers continue to swell the ranks of the U.S. senior population, the prevalence of arthritis will likely increase in the coming decades, according to the CDC.

The CDC forecasts that by 2040 there will be 78 million arthritis patients, more than one-quarter of the projected total adult population; two-thirds of those with arthritis are expected to be women. Also by 2040, more than 34 million adults in the U.S. will have activity limitations due to arthritis.

“Osteoarthritis will affect most of us during our lifetimes, many to the point where a knee joint or hip joint requires replacement with a costly and difficult surgery after enduring years of disability and pain,” Bay said. “Damage to the cartilage surfaces is associated with failure of the joint, but that damage only becomes obvious very late in the disease process, and cartilage is just the outermost layer in a complex assembly of tissues that lie deep below the surface.”

Those deep tissue layers are where early changes occur as osteoarthritis develops, he said, but their basic biomechanical function and the significance of the changes are not well understood.

“That has greatly hampered knowing the basic disease process and the evaluation of potential therapies to interrupt the long, uncomfortable path to joint replacement,” Bay said.

Bay first demonstrated the tissue strain measurement technique 20 years ago, and it is growing in prominence as imaging has improved. Related work is being conducted for intervertebral discs and other tissues with high rates of degeneration.