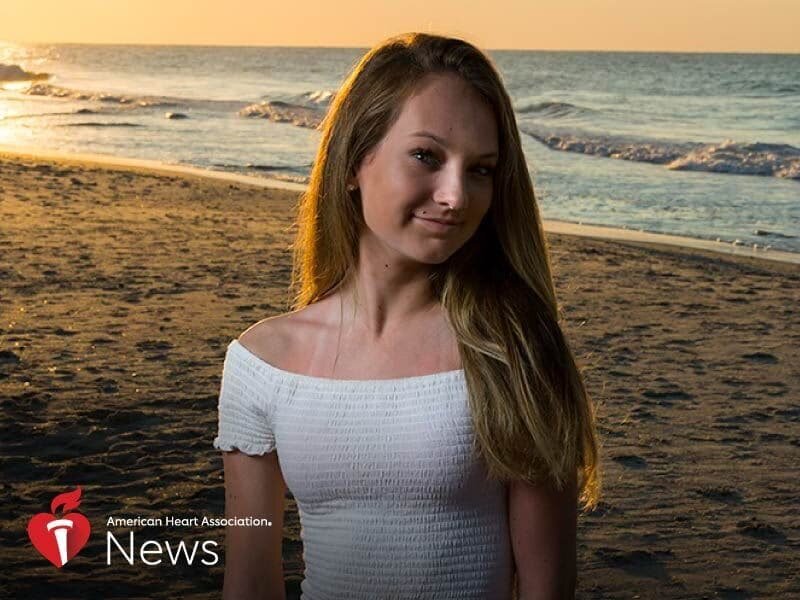 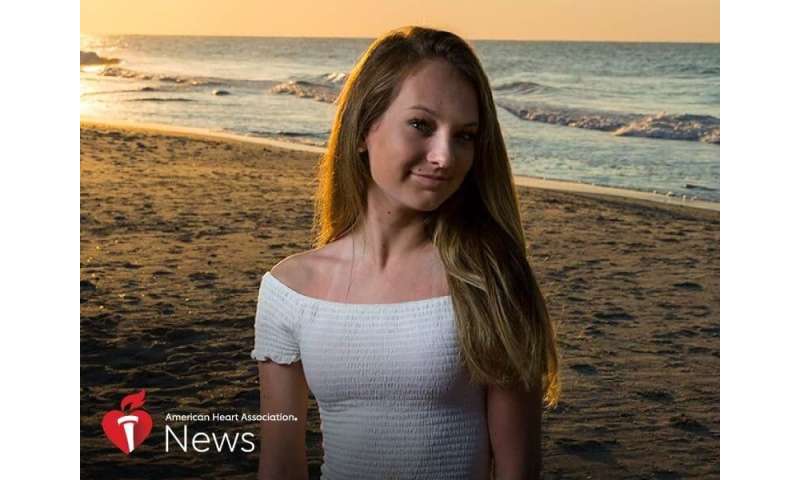 Sydney Ridlehoover had finished her chores and convinced her parents to take her and a friend to the mall near their home outside Columbus, Ohio. Once they arrived, the girls got out of the car and walked ahead, laughing and talking.

Peter Hubby, Sydney’s stepfather, saw her fall to the ground before even getting to the mall. He figured the 13-year-old had tripped or was just goofing around. Peter and Tracy Elsinger, Sydney’s mom, realized otherwise when she didn’t get up.

They rushed to her side. She was shaking and making strange breathing sounds. Tracy thought Sydney was having a seizure. She turned her daughter on her side and screamed for help while Peter called 911.

Within moments, a respiratory therapist who happened to be nearby heard the commotion and arrived at Sydney’s side. She recognized that the girl was in cardiac arrest and began CPR. An off-duty EMT also was passing by and joined the rescue effort. When a mall security officer arrived, the off-duty EMT asked him for an automated external defibrillator.

The security officer grabbed the AED in his truck and brought it to the off-duty EMT. The AED read a shockable rhythm and delivered multiple electrical jolts to stop the irregular heartbeat which had caused Sydney to go into cardiac arrest.

By then, the ambulance arrived.

At the hospital, Sydney was sedated to allow her brain to rest for two days. Until then, doctors wouldn’t be able to determine what damage may have occurred.

When Sydney awoke, she was unable to answer some questions correctly.

“I went downstairs and cried for an hour or longer,” Tracy said.

Doctors said it could take a few more days for Sydney’s fogginess to clear. And it did. Soon, she was back to her normal self.

Cardiac arrest is an electrical disruption that suddenly causes the heart to beat irregularly and not be able to pump blood effectively to the rest of the body. But why would a healthy 13-year-old’s heart go into cardiac arrest?

Although doctors were unable to determine Sydney’s underlying problem, they considered it likely to be a type of irregular heartbeat called ventricular fibrillation. After her cardiac arrest, Sydney’s doctor implanted a defibrillator to shock her heart if it goes into an irregular rhythm again.

Her mom had been grappling with her own irregular heartbeat for more than a decade. Tracy’s condition was an abnormally fast heartbeat known as supraventricular tachycardia. When her condition worsened, she underwent an ablation procedure and tried different medications.

Of the more than 366,000 people in the U.S. who experience a cardiac arrest outside the hospital each year, about 90 percent die. CPR, especially if administered immediately, can double or triple a person’s chance of survival.

“You never want to have to use it, but it’s such an important skill to have,” said her father, Rob Ridlehoover.

Now 15, Sydney’s life is back to normal, except for her new appreciation for CPR.