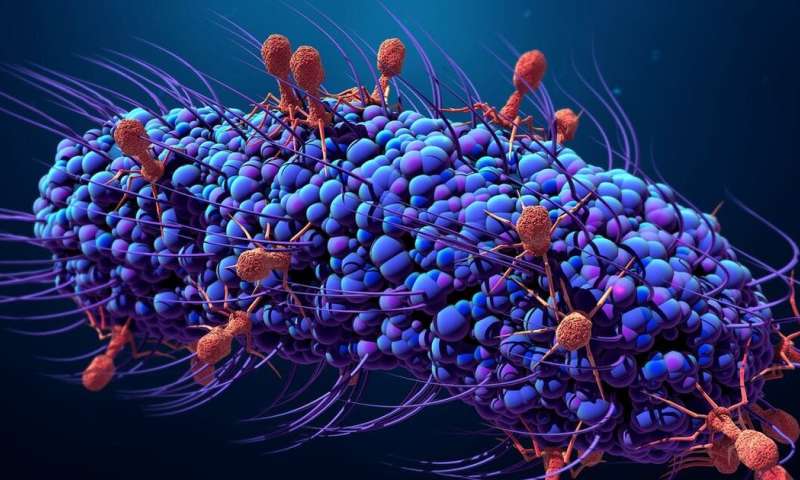 In the latest of a string of high-profile cases in the U.S., a cocktail of bacteria-killing viruses successfully treated a cystic fibrosis patient suffering from a deadly infection caused by a pathogen that was resistant to multiple forms of antibiotics.

Discovered a little more than 100 years ago, bacteriophages, or phages, are generating renewed interest as potential weapons to fight bacteria that are resistant to multiple antibiotics – the so-called superbugs. Although the recent phage therapy has been focused on the treatment of sick patients, preventing infection stops a disease before it begins, keeping people healthy and preventing the spread of the germ to others.

We are microbiologists who study cholera because this ancient disease continues to thrive and can have a devastating impact on communities and entire countries. The Camilli lab has been focused on the disease for over two decades. We are interested in developing vaccines and phage products to prevent cholera from sickening people and triggering outbreaks.

In the case of cholera, which is caused by the bacterium Vibrio cholerae, prevention is preferred because it spreads like wildfire once it strikes a community. When this bacterial pathogen is ingested, it inhabits the small intestine, where it releases a potent toxin that triggers vomiting and watery diarrhea, which cause severe dehydration. The vomiting and diarrhea encourage the spread of the pathogen within households and contaminate local water sources. Left untreated, cholera kills 40% of its victims, sometimes within hours of the onset of symptoms. Fortunately, death can be largely prevented by prompt rehydration of cholera victims.

In regions of the world lacking clean water and proper sanitation, 2.5 billion people are at risk, and the CDC estimates that there are up to 4 million cholera cases per year. New epidemics such as the recent massive epidemic in Yemen which has so far sickened over 1.2 million people and the outbreak in Mozambique are often the consequence of humanitarian crises. War and natural disasters often cause shortages of clean water and impact the poorest and most vulnerable communities.

Cholera is highly transmissible in the community and within households. During outbreaks, an estimated 80% of cases are believed to result from rapid transmission within households, presumably occurring through contamination of household food, water or surfaces with diarrhea or vomit from the initial cholera victim.

Family members typically experience cholera symptoms themselves two to three days after the initial household member became sick. Thus, the people in the most danger are usually siblings and loved ones taking care of the sick person. There is currently no approved medical intervention to immediately protect household members from contracting cholera when it strikes a household. Vaccines for cholera require at least 10 days to take effect, and thus miss the mark in this emergency situation. 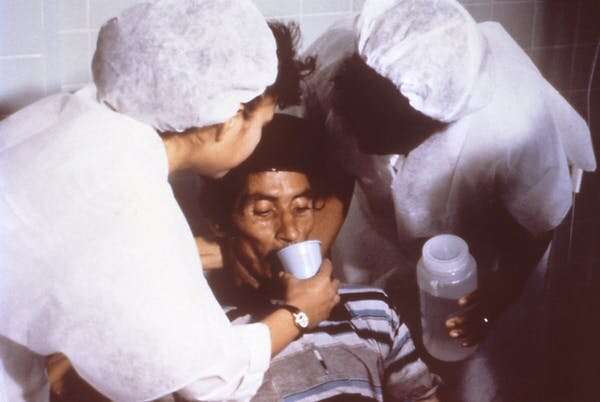 To address this need, we developed a cocktail of phages to be taken orally each day by household members prior to, or soon after, exposure to Vibrio cholerae to protect them from contracting the disease. We believe the phages should remain in the intestinal tract long enough to serve as a shield against the incoming cholera bacteria. Although this has only been proven in animal models of cholera, we hope that the phage cocktail will work similarly in humans. There are three advantages to using phages in this manner.

First, phages provide immediate protection. By acting fast, phages can eliminate the cholera bacteria from the gut in a targeted manner. That is important because cholera kills quickly.

Third, in contrast to antibiotics, which kill bacteria indiscriminately, phages are very specific and infect only their particular host species of bacteria. Thus, when using phages against a pathogen, they will not disrupt the good bacteria residing in and on our patients’ bodies which are part of the microbiome. In research in our lab phages, called ICP1, ICP2 and ICP3, which we are using, kill only Vibrio cholerae and should not disrupt the good bacteria in the intestinal tract. This is important because our good bacteria are essential for defending the body against other pathogens and vital for our general nutrition and health.

From test tube to product

In collaboration with international researchers, we have been studying the cholera bacteria and its phages for over two decades at Tufts University, trying to uncover the details of how cholera spreads and how phages might affect its spread. The use of phages for prevention of cholera transmission was a natural outcome of this research, but by no means was it straightforward.

Development of our phage product required finding phages that kill Vibrio cholerae in the intestinal tract, having intimate knowledge of how the phages infect the bacteria and discovering how the bacteria become resistant to the phages and how this affects their virulence.

Our goal now is to test the phage cocktail in people during a cholera epidemic. Specifically, we need to determine if it is effective at preventing cholera transmission to family members in households where cholera strikes.