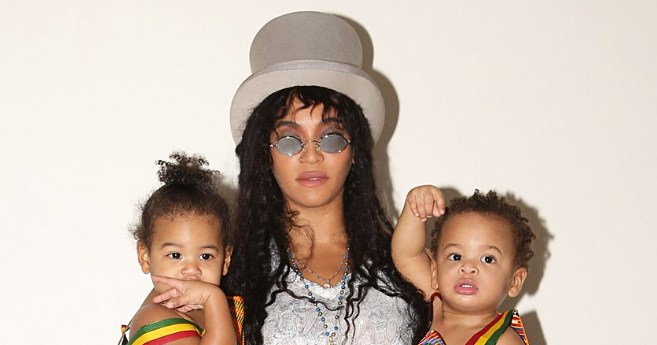 Blast from the past! Beyoncé posed with her and Jay-Z’s 2-year-old twins, Sir and Rumi, in an adorable throwback pic.

The “Hold Up” singer, 38, was dressed as Lisa Bonet in the Thursday, September 19, which she posted to her website. She held the 2-year-olds on her hips, one on each side, while they looked straight at the camera in colorful outfits.

The Grammy winner, who also shares Blue Ivy, 7, with the rapper, 49, welcomed her twins in June 2017, four months after her pregnancy announcement. “We would like to share our love and happiness,” the Texas native wrote on Instagram at the time. “We have been blessed two times over. We are incredibly grateful that our family will be growing by two, and we thank you for your well wishes.” 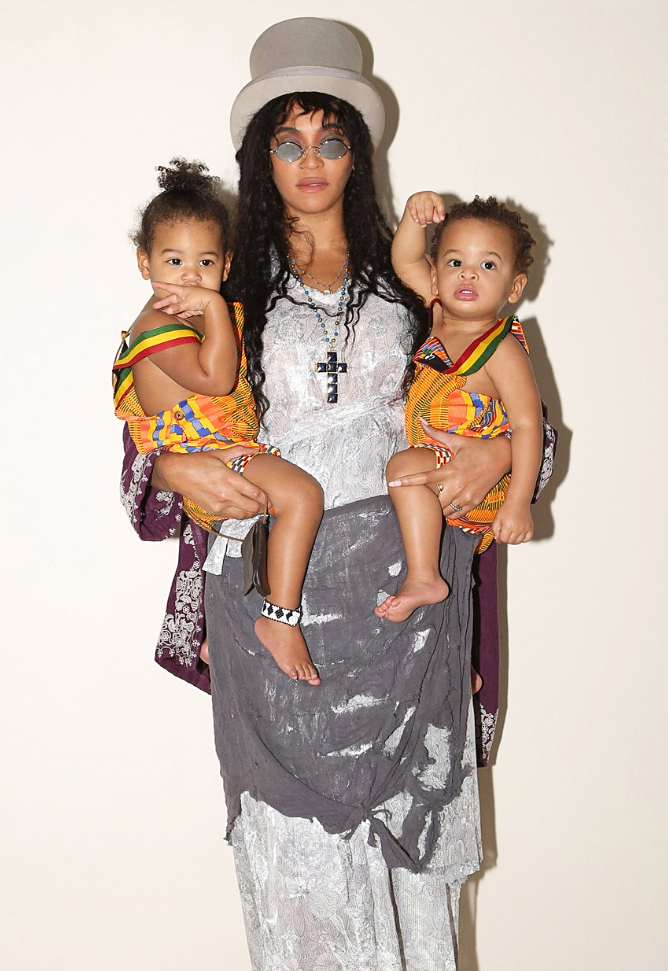 Since Sir and Rumi’s arrival, Beyoncé and the New York native have been extra busy with their brood. “[They] have nannies for the kids and their assistants help out too, but they mostly try and bring the kids everywhere,” a source told Us Weekly exclusively in June. “Blue always travels with Beyoncé and comes with her when she’s working. The twins are getting older and Beyoncé has been taking them out a little more too. … They’re a very tight-knit family and like to do everything together.”

The insider described the “Holy Grail” rapper’s role specifically, explaining, “Jay-Z does a lot of daddy duty stuff and he takes Blue to school and things like that.”

So far, all three of their children have very different personalities. Tina Knowles-Lawson told Us exclusively in February: “The girl [twin] is really just going to rule the world, and the boy is kind of laid back and chills like the dad. [Blue is] the Queen B. The second Queen B.”

The eldest has been performing “since birth,” her grandma, 65, went on to say. “[Beyoncé] hasn’t decided yet [whether Blue will pursue music], but whatever she wants to do, she will definitely be able to do it because she’s good at a lot of things.”