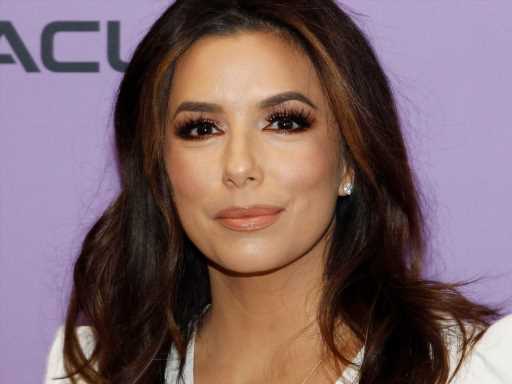 Eva Longoria isn’t afraid to show what a sexy mama she is. But her son Santiago may have other plans in mind with those photoshoots. On Jan 6, Longoria posted a photo with the caption, “When you’re trying to have a photoshoot and your kid won’t let you!” We get the struggle.

In the two photos, we see Longoria showing off her long, toned legs — but then we see a surprise visitor in the background. Her three-year-old son Santiago wanted to be the star of the photo instead!

As we said, we get the struggle. You want to take some sexy picture and then your kid is sneaking up behind you. But we’ll let it slide because it’s always the cutest photobomb ever.

Before that debacle, it seems she posted a photo of her and Santiago from the same day, but this time with both of them as the center. On Jan 5, she posted this heartwarming photo of the mother-son duo with the caption, “Love of My Life!”

Back in Dec 2015, the Desperate Housewives alum and the former president of Televisa José Antonio “Pepe” Bastón Patiño announced their engagement. Less than six months later, they married in Mexico. Then, in 2018, they welcomed a son named Santiago “Santi” Enrique Bastón.

In a 2019 interview with the TODAY Show, when asked about the surprising new perspective of motherhood, Longoria originally joked, saying, “Nothing’s surprising because there’s so much information out there from every mom telling you what to do!”

But then she gave the answer that the most surprising change was gaining anxiety about the world and how it’s made her focus on philanthropy. “There’s an intensity to it like ‘I have to leave the world a better place.’”

These celebrity moms make us all feel better when they share the highs and lows of parenting.