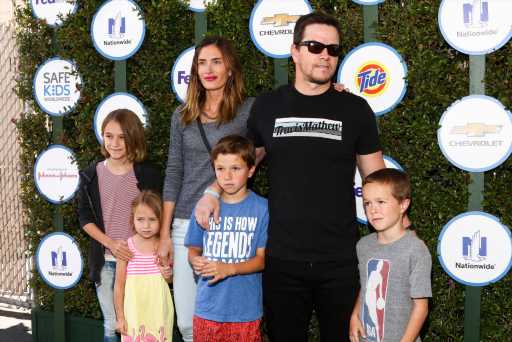 Mark Wahlberg shared a heartfelt message to his teenage daughter on her birthday and an old-school family photo.

“Happy Bday my Ella,” he wrote, using heart emojis. “18 years old. Wow how time flies. So proud of you!!” Wahlberg shares Ella with wife Rhea Durham, along with sons Michael, 15, Brendan, 12, daughter and Grace, 11. However, the actor felt mixed emotions on Ella’s special day, while acknowledging his late sister Debbie.

The Ted star is very close to all his children. Last year (right before the pandemic began), Wahlberg shared a hilarious story about accompanying Grace to her school’s father-daughter dance — although he was given stern instructions to be on his best behavior.

“I didn’t get one dance,” Wahlberg told Ellen DeGeneres. “…She said, ‘Dad if you embarrass me I will never talk to you again.’” That said, the pair hung out together off-stage and still had “a great time” together (although Wahlberg did complain to the DJ about explicit song lyrics).

However, as a public figure, Wahlberg can empathize with his kids. “Me being in the public eye, there are pros to that, but there’s a lot of cons,” he told Entertainment Tonight in July. “My kids wanna have their own identity, you know? I’m not allowed to get out of the car at football practice or a game. I gotta sit in the car and watch.”

He added, “At first I took it personally, because I wanna be there to support them, but supporting them is by making them feel comfortable in what they’re doing and them having their own identity too. It’s very difficult.”

These are some of the reality-TV alumnae we love to follow as they tackle motherhood.