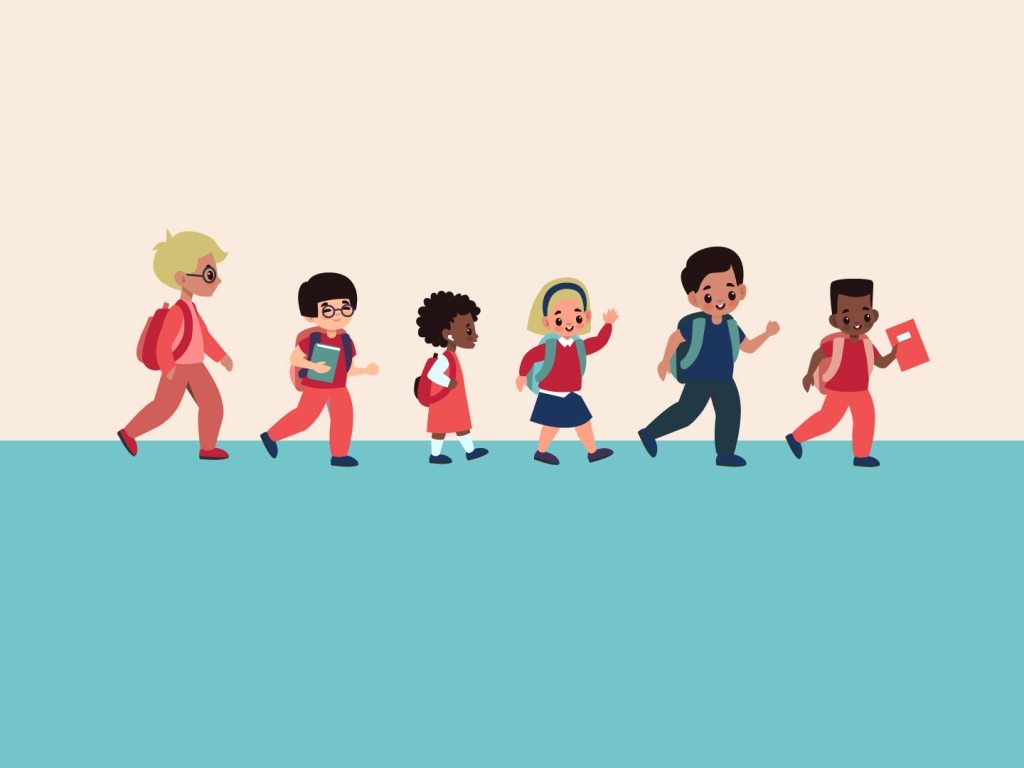 Seven-year-old Lucas Friedman was born in early October, which meant that he would turn five exactly one month after California’s September 1st eligibility cut-off date for entering kindergarten. However, Lucas was academically advanced for his age, so his mother, Wendy Bingham, petitioned for him to start kindergarten while he was still four.

Bingham acknowledges that Lucas, who’s now in second grade, is physically smaller than some of his classmates, which makes her wonder how he’ll fare when it comes to competitive sports, but she has little doubt that after weighing the pros and cons of her son being the youngest in the classroom that she made the right decision. “He was exceeding grade level by the end of kindergarten,” says Bingham, who works in the academic publishing industry. “Another year in preschool would have squashed his spirit, and I worried that holding him back could have caused behavioral issues due to boredom.”

When it comes to the “right age” that a child should start school, there’s no universal answer. At present, 19 states plus the District of Columbia require children to attend kindergarten, but there’s a lot of variation when it comes to eligibility. Some states permit four-year-olds to enroll with support from their local school board or a teacher; others allow parents to opt out of kindergarten and enroll their children directly in first grade at age 6.

A spokesperson from the United States Department of Education tells SheKnows that states and school districts determine their own cut-off dates, pointing to a National Center for Education Statistics report which summarizes requirements for kindergarten entrance and attendance as of 2020.

In many states, the cut-off date for enrolling falls in late August or early September, which means that parents whose children are born on or near their school district’s cut-off dates are faced with an important decision: Enroll their child, securing their place as the youngest in the classroom or hold them out a year so that they’re among the oldest. The latter practice, called “Academic Redshirting,” raises an important underlying question, namely does age order in the classroom affect long-term academic success?

“Does age order in the classroom affect long-term academic success?”

It’s true that the oldest kids in the classroom (born in the two months after the cut-off date for the previous year) often have a leg up on their peers when it comes to physical size. They can be more emotionally advanced and better at social interactions like sharing, listening, and cooperating and teachers might assume they are mature and therefore give them more leadership roles. And science points to more insights — kids who start school at a relative older age report more life satisfaction once they hit adolescence and overall have a decreased risk of depression, low educational achievement, and being diagnosed with ADHD (attention deficit hyperactivity disorder) when compared to children with a young relative age (born in the month before or of the cut-off date). Older kids are also more likely to complete college at an elite institution, whereas students of relative young age are more likely to be incarcerated during adolescence.

Kids who are relatively older than their classmates also tend to enjoy school more, according to Beth McCarter, a certified teacher in suburban Dallas who has taught both elementary and middle school-aged children. “They’ve been praised over the years for understanding harder concepts,” McCarter tells SheKnows, as opposed to kids who start school at a younger age, who may not be as engaged.

But that doesn’t mean long-term academic success is out of reach for a classroom’s younger students, who often do extremely well because they meet the challenges with which they’re presented. “They take on the responsibilities, the academic demands and the social mores of the room,” Karen Aronian, an educational consultant and former New York City public school teacher, tells SheKnows. “They may not be there physically, but if they’re supported, they can soar.”

So how can parents make the best decision for themselves and their children?

“There so many factors that work together to determine if the child is going to be successful or not,” Naima Bhana, an assistant professor of special education at Niagara University in Lewiston, New York, tells SheKnows. Academic readiness is key. But so is emotional maturity, self-sufficiency, and cognitive development. In other words, just because a child excels at reading doesn’t necessarily mean they’re ready to be in a classroom where they might struggle to keep up in other ways. If you suspect your child might need more time to develop socially and emotionally, Bhana recommends starting them later while offering them enrichment opportunities outside of school.

And if a child is naturally shy or timid, being relatively older than their classmates might not be an advantage, says Aronian.  For example, if a child is a little “dynamo,” they might be better equipped to navigate an older crowd.

Some experts believe no matter where your child falls in relative age, any head start or achievement gap will lessen with time. “The modest advantages that older kindergarteners have mostly fade by the time the student reaches the third grade,” explains Bhana. It’s access to a quality education that predicts success, she argues, which is why parents should prioritize enriching educational experiences rather than an accelerated track.

“Every decision we make for our kids can seem monumental, but in truth nothing is permanent,” says Aronian. “As kids get older, educators and parents are better able to assess if a child is in the right learning environment. If not, they can be moved. There’s a lot of flexibility now, and a lot less judgment.”

In fact, Aronian has noticed an increase in clients whose kids changed schools at transition points like middle school to high school and choose to repeat a grade to bolster their academic skills and confidence. Aronian supports this approach because it focuses on the individual rather than external expectations — and pushes back against the idea that all educational decisions need to be sorted out when kids are young. After all, Aronian asks, “Where are we running to?”