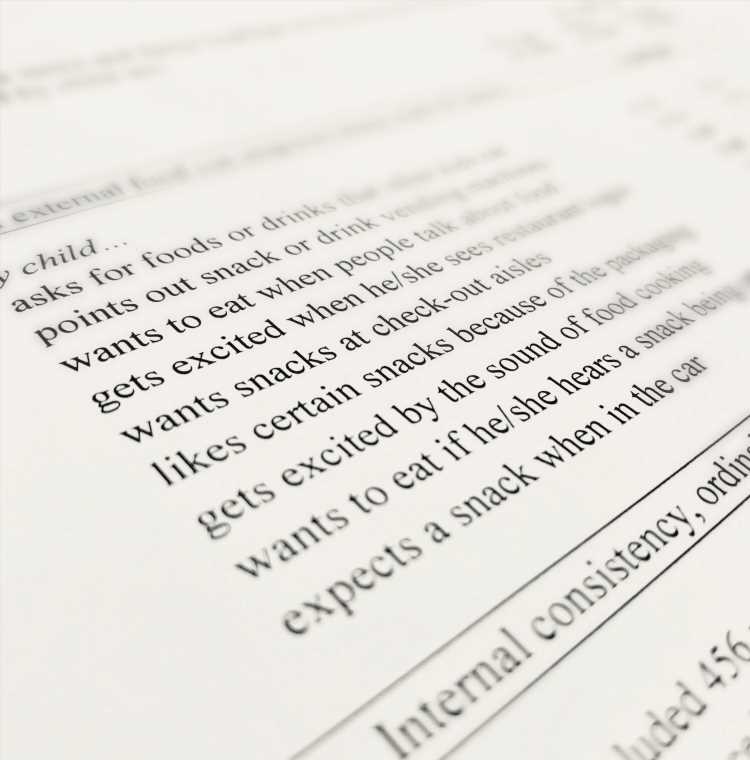 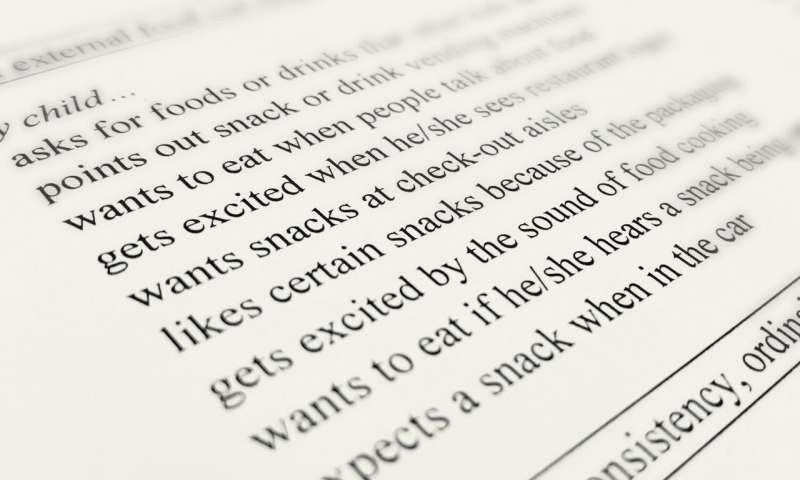 One in four preschool-age children in the U.S. have overweight or obesity, putting them at risk for multiple chronic health problems including cancer. Early and consistent exposure to such food cues may promote conditioned eating, where the cue itself becomes a signal to eat. Children may then learn to eat by exposure to external cues rather than listing to their internal, biological signals of hunger.

Psychometric scales for adults and children ages 7-12 have previously been created to measure responses to external food cues such as desire to eat when walking past a candy store or temptation when food is being prepared. However, to date, no scale exists that specifically addresses responsiveness to external cues, such as visual, environmental or social cues, in contemporary preschool-age children.

The study was conducted in two stages. Eight focus groups of parents of 2-5-year-old children informed an initial pool of 33 items to be included in an external food cue responsiveness scale for preschool-age children. Items included cues such as passing by restaurants, waiting in check-out aisles at grocery stores, seeing others eat, and hearing food wrappers. The items were phrased to enable parents to rate how well each behavior described their own child’s behaviors and were scored on a scale of “rarely” to “a lot.” These items were then distributed in an online survey to 456 parents recruited nationally via social media. Statistical analyses were applied and the list was reduced to the final nine items comprising the new External Food Cue Responsiveness Scale. Items include branded packaging, product placement, social influence and restaurant logos, which are all aspects of food marketing that impact young children’s eating behaviors yet have not been operationalized into an easy-to-administer scale.