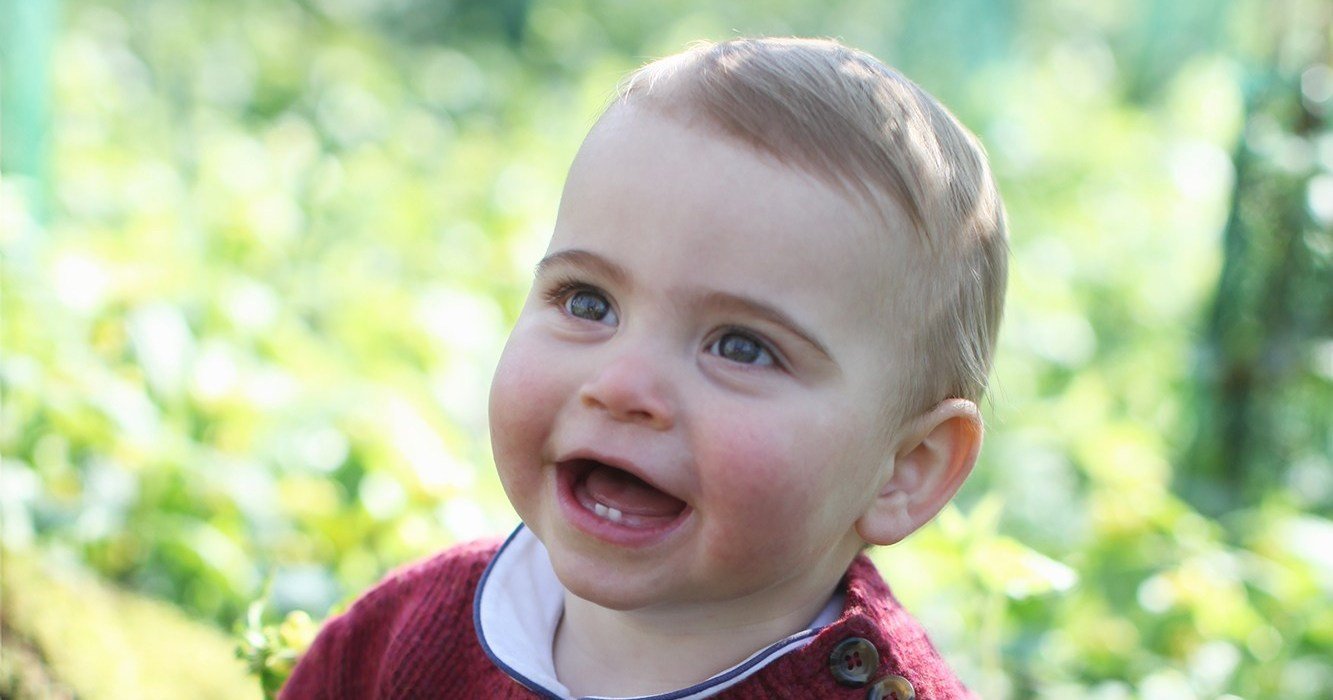 Look at that grin! Duchess Kate photographed her youngest son, Prince Louis, for his 1st birthday on Tuesday, April 23, and the camera clearly loves the little one.

In the trio of new shots, Louis shows off his love for the outdoors. He sits in a red sweater in the first two photos, revealing two tiny teeth and reaching for the camera. One wardrobe change later, he stares into the lens in a blue dog sweater.

The last time fans were given a glimpse of the baby boy’s red cheeks and combed hair, he was making an appearance in the 2018 family Christmas card. “The Duke and Duchess of Cambridge are pleased to share a new photograph of their family,” Kate, 37, and Prince William wrote alongside the photo at the time. “The photograph, taken by Matt Porteous, shows The Duke and Duchess with their three children at Anmer Hall, and features on Their Royal Highnesses’ Christmas card this year.”

In the sweet pic, Louis sported a pale blue sweater and grinned in his mom’s arms while his older siblings grinned on either side of their dad, 36.

This isn’t the first time that Kate has been behind the camera to take portraits of her babies. She photographed Princess Charlotte, now 3, for her first birthday in 2016. She also documented Prince George’s first day at nursery school, blue backpack and all, as well as Louis’ early days with his older sister.

“Charlotte is really enjoying having a younger brother to play with,” a source told Us Weekly exclusively in May 2018 after the duchess photographed the mini royal kissing her sleeping baby brother’s forehead. “She’s taking her big sister duties very seriously. She won’t leave baby Louis’ side.”

Keep scrolling through the gallery below for a look at Louis’ latest pics. 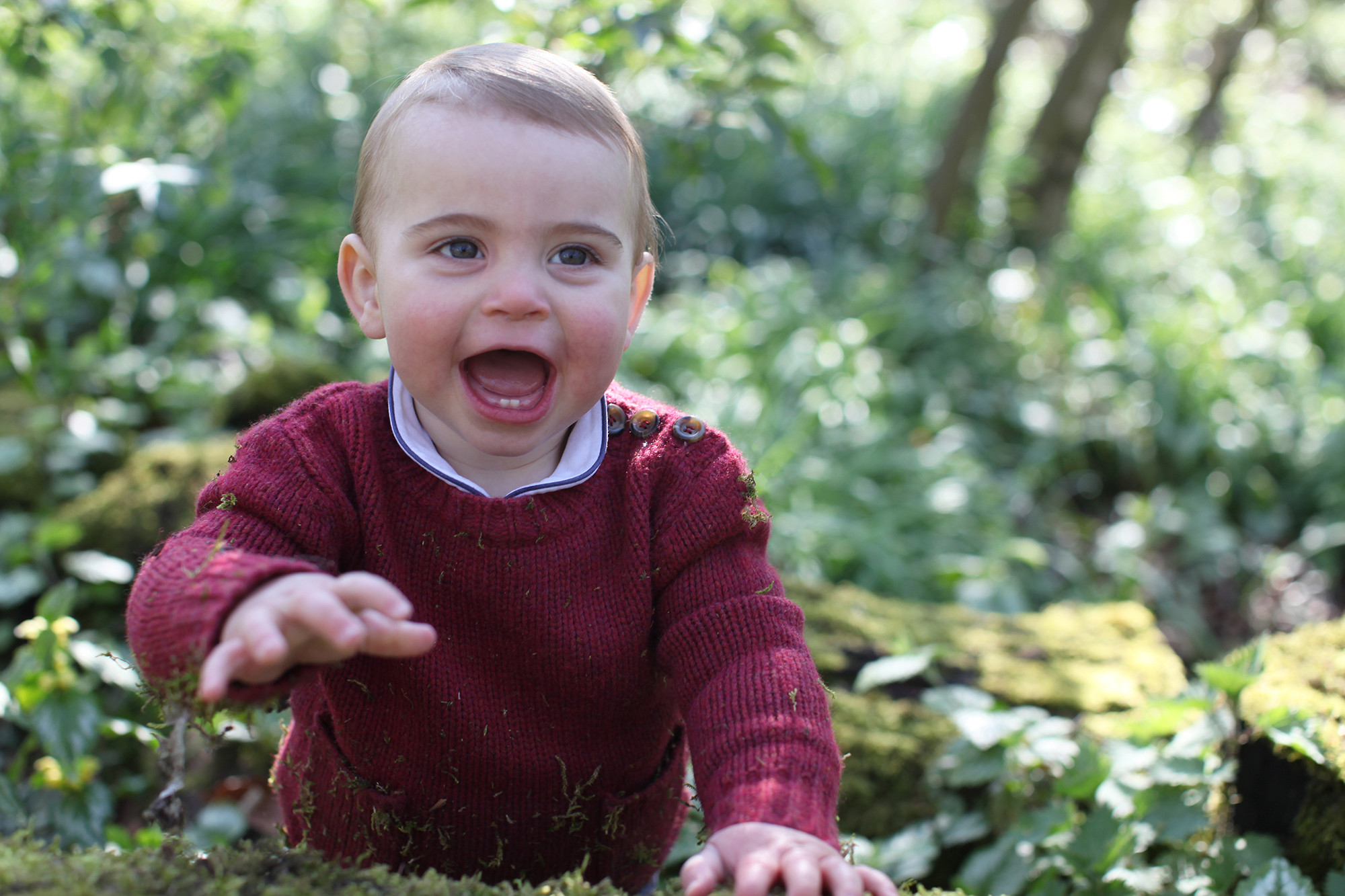 George and Charlotte’s baby brother reaches out for his mom. 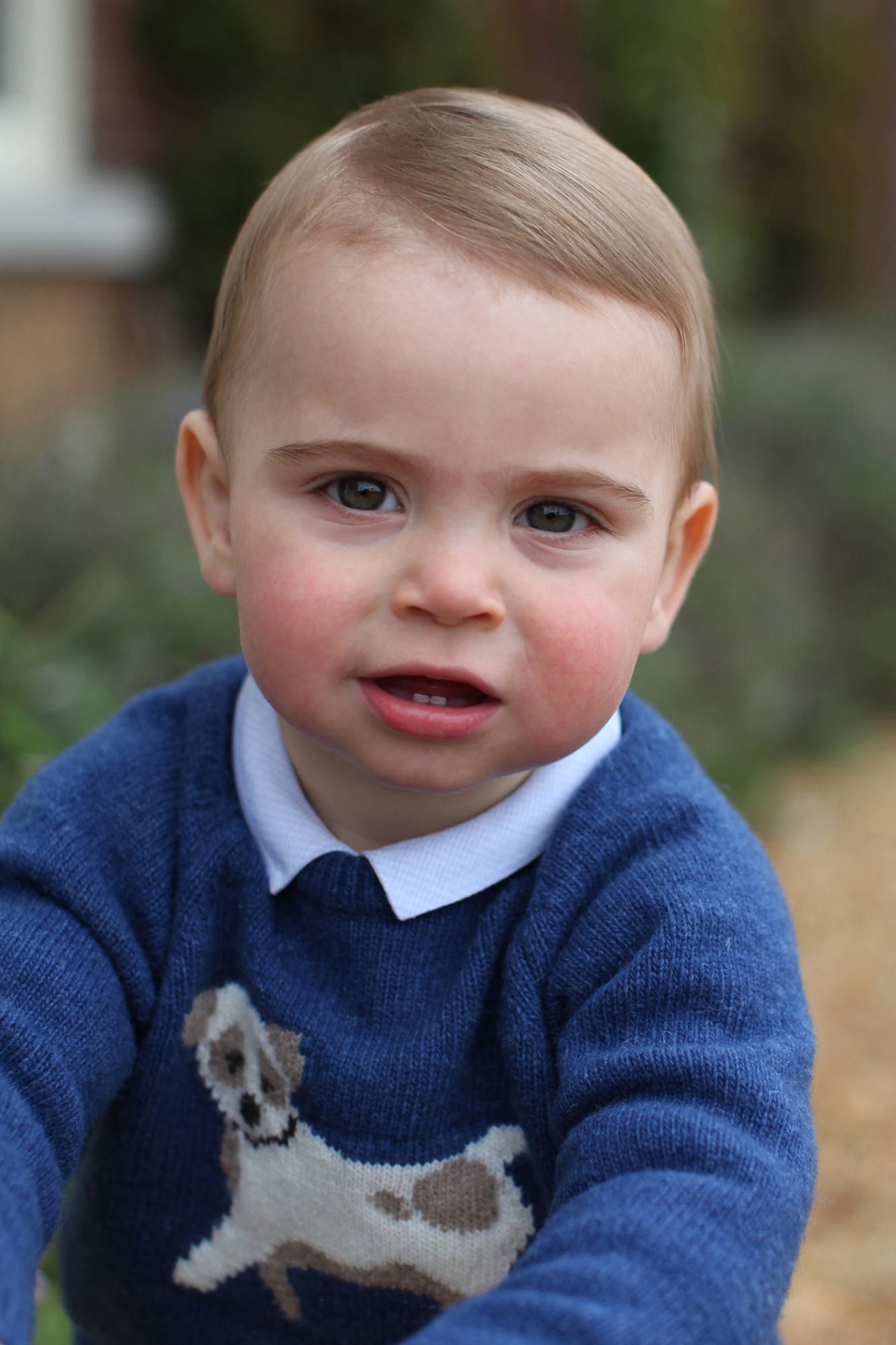 The little one gazes at the camera in a dog-patterned knit. 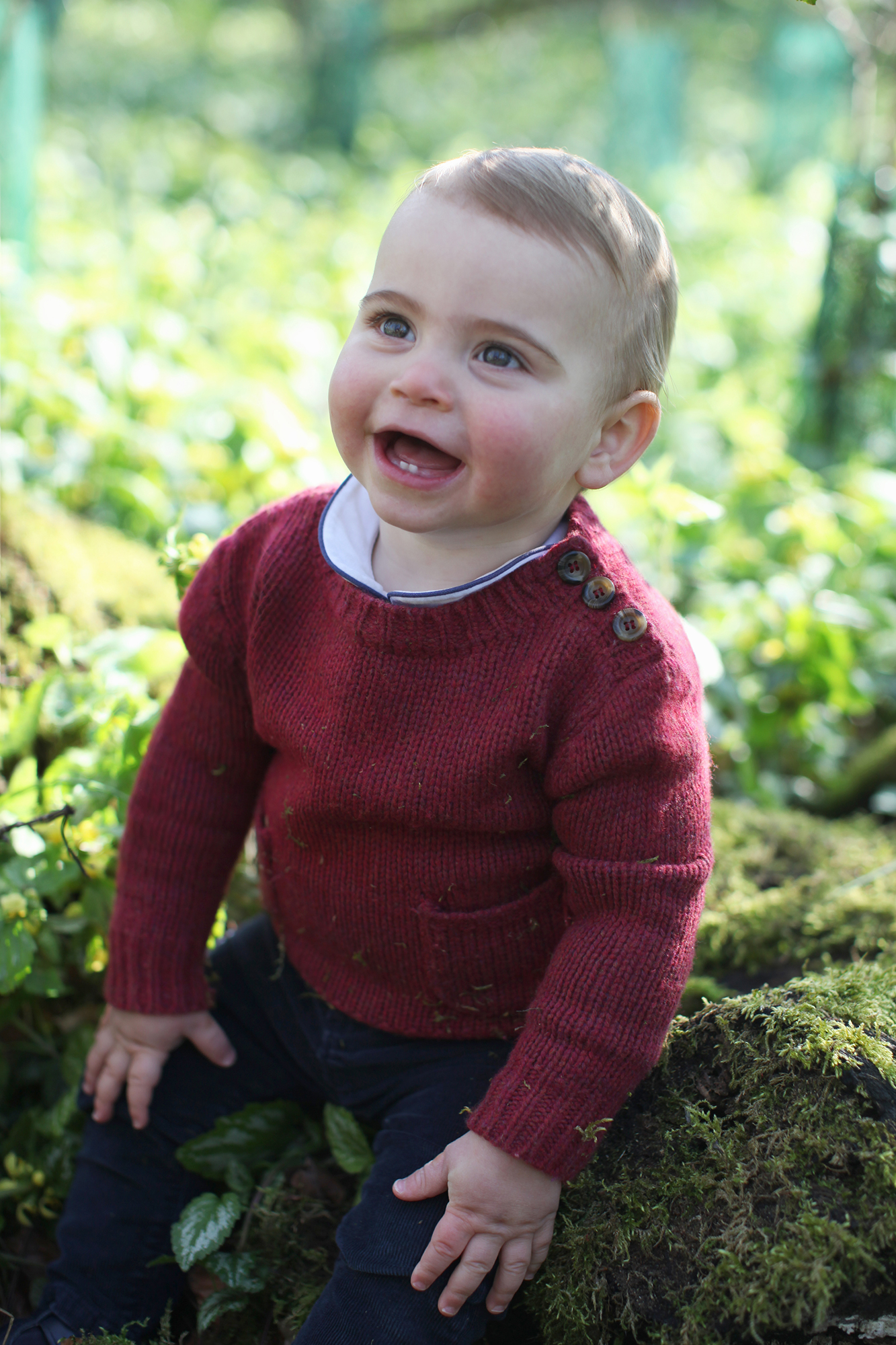 Louis looks happy and healthy in his newest portraits.