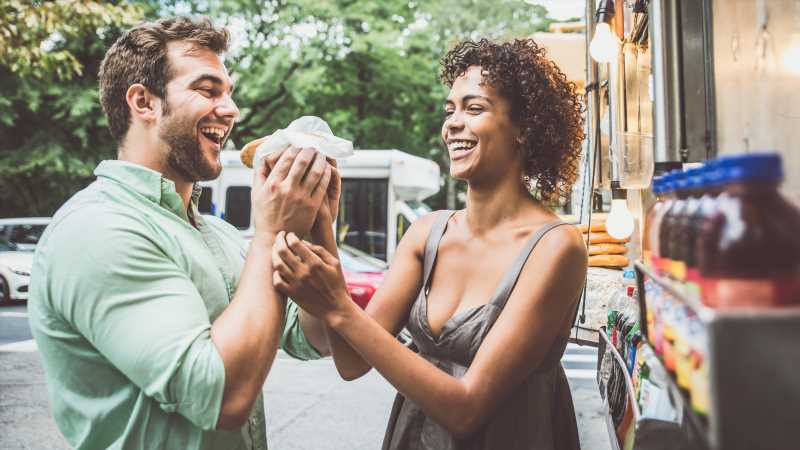 Back in the olden days, meaning the first two decades of the 21st century, where we lived was most often determined by where we found the best job offer. Today, things are a bit different. Even the youngest of millennials are now out of their college years and are, with any luck, part of the workforce. Millennials on the older end of the age range, however, are already middle-aged (via Financial Post). 40, after all, is the new 40, as well as still being the old 40 — middle of the average U.S. life span (79 years, via Macrotrends), hence middle-aged.

So what kind of place would these young-ish to not-so-young Millennials wish to live? This question may no longer be quite so rhetorical as it could have been just a few years ago. One of the best things to arise out of the recent economic shakeup has been the fact that more people (currently 56 percent of the workforce, according to U.S. News & World Report) now have the option to work from home, thus freeing us up to live wherever we choose. In light of this new flexibility, Business Insider came up with a list of their top picks for best cities for migrating millennials based on such factors as job opportunities, walkability, and must-haves like proximity to cool bars, hip restaurants, and indie coffee shops.

The PNW was made for millennials

The Pacific Northwest, like most millennials, came of age in the 1990s. Sure, it existed as a land mass, even an inhabited one, for millennia prior to this date, and Washington, Oregon, and Idaho have all been a part of the U.S. since the 19th century (via Enchanted Learning). The last decade of the previous millennium, however, brought the PNW to hitherto unknown prominence when it became known as the birthplace of grunge (the musical genre, not the website), Amazon, Microsoft, and the by-then nationwide coffee chain Starbucks.

Coffee, computers, buying stuff online, 90s nostalgia… doesn’t that just scream “millennial?” Business Insider agrees, as Portland ranks #15 on their list of best US cities for millennials, while Seattle suburb Bellevue comes in at #14 and Seattle itself ranks 4th. While the Brookings Institute says millennials made up one quarter of the US population as of 2018, all 3 locations come in slightly below this number. So why aren’t these cities, with their vegan cat cafes, bike co-ops, and artisanal doughnut shops, completely overrun with that generational cohort? Well, Portland has earned a bit of a reputation for unrest, something the Wall Street Journal says isn’t really helping the economy, while Seattle and Bellevue landlords are all about those benjamins — BI says the average Seattle rent is $1496 per month, but Apartment List indicates that they’re probably just talking about single bedroom apartments here. Bellevue, even pricier, is $2,117, likely for those same single-dweller digs.

Everybody wants to move to California, or so TV would have us believe. Business Insider‘s all in on this California dreaming, too, listing 3 Golden State cities on their “best of” list: Sunnyvale, Berkeley, and San Francisco. Evidently, SoCal is too full of boomers or something, but the Bay Area and Silicon Valley are where it’s at for millennials who can afford them.

As one Sunnydale resident said of their hometown, “living expenses here can be pricey, [but] it is worth the investment… because this is Silicon Valley.” Millennials who are more artistically inclined may prefer either Berkeley or San Francisco, the former well known for its diversity and political activism, while the latter having long been known as one of the most LGBTQ+-friendly cities in the entire nation. Sadly, neither one of these places is particularly pocketbook-friendly, with a small Berkeley apartment coming in at over $1600 per month while a San Francisco one would top $1800. Perhaps these are comparatively bargain-priced, however, when you take into account the fact that Sunnyvale homes rent for well over $2k per month.

The East Coast offers a number of options

The best-represented region on Business Insider‘s best-for-millennials list was the East Coast, with no fewer than 6 cities. NYC came in at a respectable number 10, although we’re suspicious of whatever metrics caused them to come up with a median rent of $1,396. Recent Zumper data says that while the median rent for any place that could by some stretch of the imagination be considered as commuting distance of the Big Apple was $1,810, median rents for the 5 boroughs were closer to $2,500 a month for a single bedroom apartment that would look nothing like the palatial pads on Friends.

Further down the coast was our nation’s capital, drawing a fresh crop of young hopefuls every election cycle who still believe that idealism and politics can coexist. The DC metro area counted for fully half of BI’s east coast entrants, since a pair of Northern Virginia ‘burbs also made the list: tech mecca Arlington and slightly slower-paced Alexandria. On the northern side of the East Coast, Boston made it to 6th place for its historic appeal (you know those millennials and their old-timey stuff!), but the top spot went to Boston suburb Cambridge, which is to most college towns like… well, like Harvard is to most colleges. Insanely expensive it may be, with a median rent of $2,071, but hey, at least it’s a “fun place to live with lots to do,” according to one resident.

There are also acceptable options in flyover territory

Wait just a moment there, Business Insider — doesn’t the U.S. have some stuff in the middle, too? Oh yes, so it does. And look, millennials, there are a few cities there that you might find tolerable: Denver, of course, is the place to be if you dream of opening a boutique dispensary selling your own artisanal cannabis creations… plus they’ve got mountains and skiing and stuff within a few hours’ drive. Minneapolis, while it’s located in the Frozen Zone, is surprisingly diverse (you can get great Laotian food there!), plus you might actually be able to afford an apartment with a monthly rent under a grand.

The real sleeper on the list, though, is Pittsburgh. While it may be saddled with somewhat of a “dying steel town” rep, the fact is, 21 percent of the population are fellow millennials, so it’s not like all of the under-60s have fled for greener pastures. At least one resident thinks the city is “culturally stimulating,” too, and they also point to the city’s “cutting edge medical resources” (appealing to any accident-prone millennials) as well as its “state-of-the art technology businesses.” Oh yeah, and it’s also the least expensive city on the list. At $922 per month, Pittsburgh’s rent is 55 percent cheaper than Cambridge’s, so there’s that.

Best cities for millennials on a budget

One thing Business Insider didn’t seem to take into account in its selection of top cities for millennials was the fact that so many of these places are, well, not all that affordable for many members of that generation. A different Business Insider article provided a snapshot of the average millennial: earning just $35,592 per year, still deeply in debt due to student loans, and in many cases still relying on parental handouts. (Thank you, boomers!)

For those millennials still struggling to afford their avocado toast habit (or forced to ditch it for cheaper Egg McMuffins), The Penny Hoarder provides its own list of the most affordable cities for millennials, Their rankings also took into account the availability of jobs and assorted Cool Stuff Millennials Like (mostly indie coffee shops), but weighed lower rents far more heavily in their ratings. Their top 5 picks for cities where budget-minded millennials might enjoy living without having to work 20-hour days in order to do so were, in ascending order: Pittsburgh (the only other crossover city also featured on BI‘s list was Minneapolis, coming in at #17); Columbus, Ohio; Indianapolis, Grand Rapids, Michigan; and, in the top spot, St. Louis. Moving to the Midwest’s sure going to save you money, you betcha!