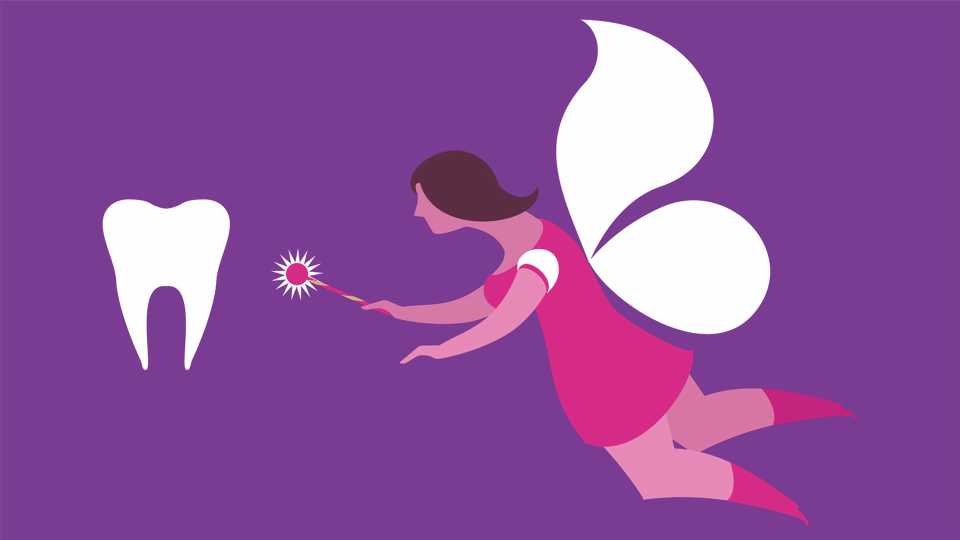 Losing a baby tooth is a pretty big milestone for parents and kids alike. But it can also be… somewhat traumatic, as kids become aware that it’s possible to “lose” a piece of your body. Young brains can have a tough time grappling with the concept of losing a tooth: Will it hurt? Will there be blood? But really, will it hurt?! To ease the trauma, plenty of parents created stories (lies) to get their children excited about the idea of losing a tooth. And one of those classic, lovable lies is the myth of the tooth fairy.

While the concept is pretty uniform and well-practiced across the United States — kids leave a lost tooth under the pillow, the “Tooth Fairy” shows up and exchanges it for cash — how much money are parents (er, fairies) really leaving these days? Ask The Dentist recently surveyed 1,788 parents across America to find out the going rate paid per baby tooth.

The poll done by Ask The Dentist not surprisingly also showed that the tooth rate per state correlated with that state’s GDP per capita income. Per my math, the average magical number the mystical creature leaves is $3.46 per tooth. This is a bit lower than the results found on The Original Tooth Fairy Poll sponsored by Delta Dental, which is currently measuring at $3.70 per tooth. (The look of sheer panic and excitement on a child’s face when you tell them a tiny pixie will be flying into their room at night to leave cash under their pillow for teeth is priceless, though. The cost of therapy is still to be determined.) 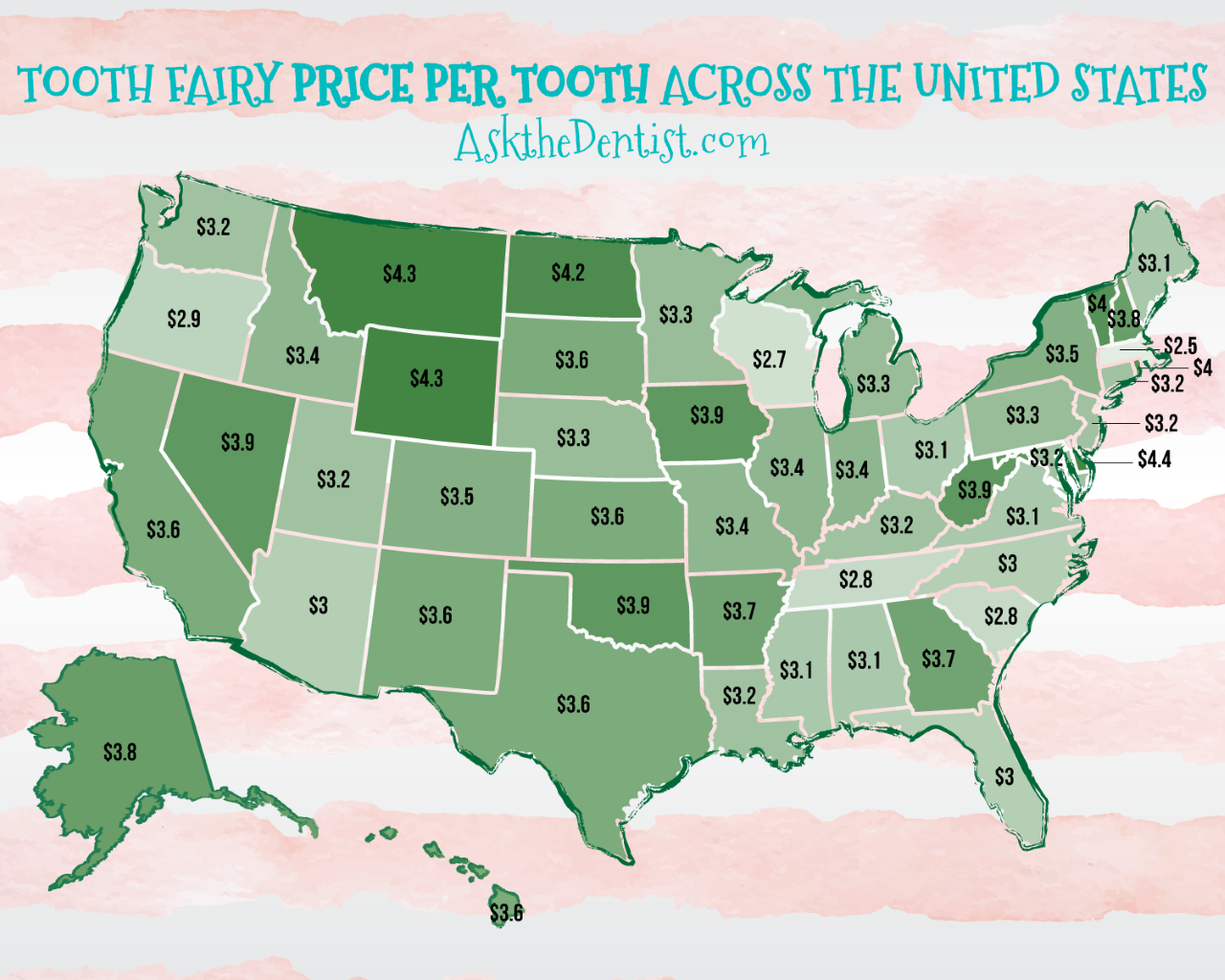 I found my home state of Vermont on the map and was startled that the average rate per tooth is almost $4. Actually, I was shocked that the national average is over $3. I have three kids, and there’s no way I’m leaving more than a dollar per tooth per child. When my firstborn lost her first tooth, I glued glitter to four quarters, placed them inside her tooth pillow (yes she has a tooth pillow), and stashed her tooth in a pill box with a piece of paper I had written her name and the date on. After I (pretty quickly) I realized glitter is awful, I started to turn dollar bills into origami art for each lost tooth.

Then, my second child started to lose teeth… and I lost steam. The amount given is still a dollar, and I am thankful I didn’t set a precedent of more because that adds up fast, but sometimes the best I can do is glue googly eyes on George or fold it into a paper airplane. And there has been the occasion when the tooth fairy forgot and in a panicked, morning rush I shoved a pile of coins under my kid’s pillow. 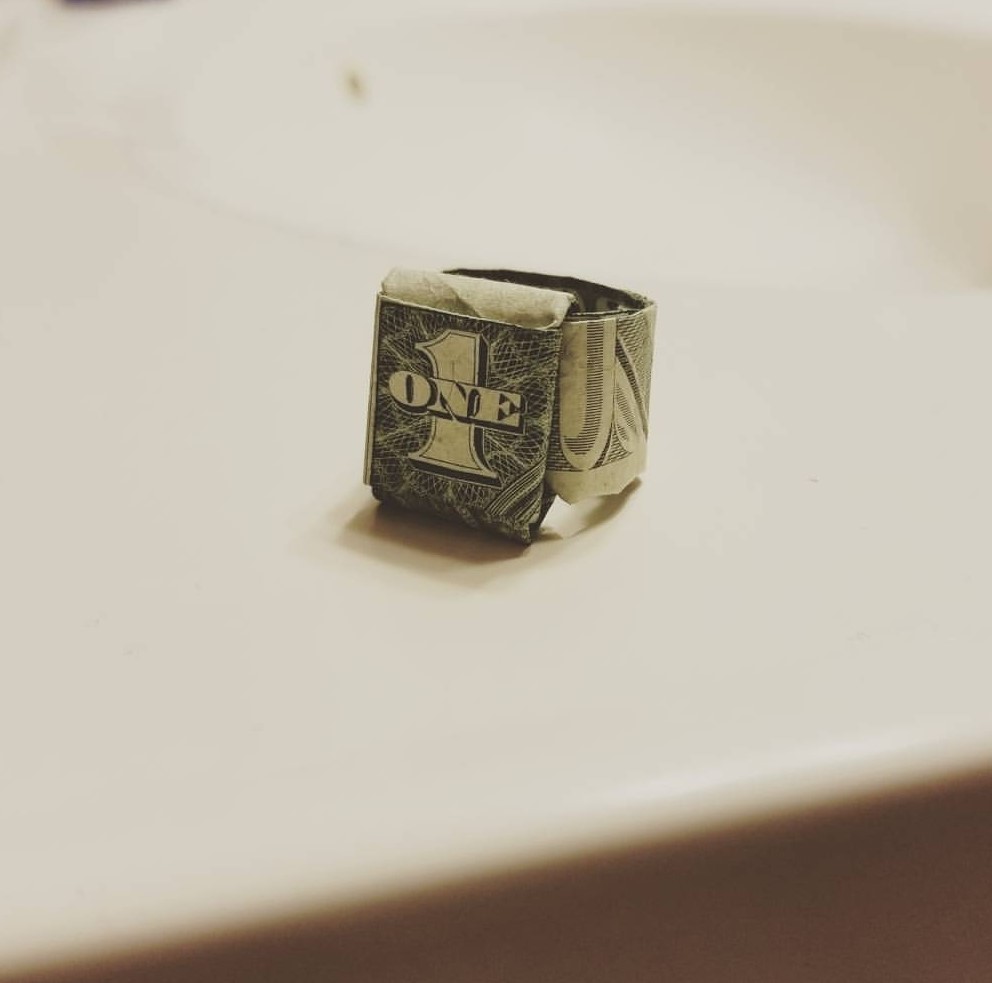 But is my dwindling Tooth Fairy enthusiasm the parental norm in the U.S.? Statistics show that parents/fairies are paying less for teeth these days than they used to. As for me, I have no regrets about the way our house does the tooth fairy, but I was curious what other parents do. In other countries, traditions include throwing baby teeth onto the roof, burying them, or placing them in water or slippers. Good luck and new teeth — rodent teeth in particular, since they keep growing — are asked for. But cash and prizes are really what make losing a tooth worth it. Some parts of the world, particularly Spanish-speaking countries and France and Belgium have El Ratón, the magic tooth mouse, based on the mythical character Ratoncito Perez.

My parent friends in the United States and Canada were more than happy to tell me what they do when they slip into character. Many folks whom I polled told me they paid more for their child’s first and last tooth lost. $5 was the common amount for the first tooth; after that most people left a dollar or two. And instead of the run-of-the-mill dollar bill, many parents made losing a tooth extra special by leaving a silver dollar or Sacagawea coin. Some left small gifts or a promise to get frozen yogurt.

Other people lamented the times they didn’t have change and had to leave more than usual or a note with IOUs and very suspicious excuses.

Katie Cloyd, mother of two said this: “For the first tooth my husband forgot to break the $20 bill after he got it out of the ATM, and he just gave it to [our son]. He’s the oldest and that mistake probably roped us into that ridiculous rate for first teeth. For the rest of the teeth, we do a $5 bill. I never have cash, so I told my kid that we are on the tooth fairy’s “rural route” and she only comes on weekends.”

Some friends had regrets. Amy Betters-Midtvedt of Hiding In The Closet With Coffee provided the most elaborate and exhausting tooth fairy tradition I have ever heard. “I can’t even with myself on this. Our [5] kids write to our tooth fairies…yes multiple. Each kid has their own personal fairy complete with email address so they can correspond between teeth. The money is left of our kitchen table because our kids were staying up to catch their fairies. The fairy leaves a note shaped like a scroll and a trail of glitter going out the window into the yard. They also leave a trail of regret that we ever started this madness.”

Often we do these things for our kids because we remember having them done for us. We want to create the magic for our kids that we felt when we were little. Honestly, parenting is so weird. It’s a lot of smoke and mirrors, glitter, and teeth none of us know what to do with. But it’s also a pretty great ride, so I will keep the tradition going, just not at the current national rate.