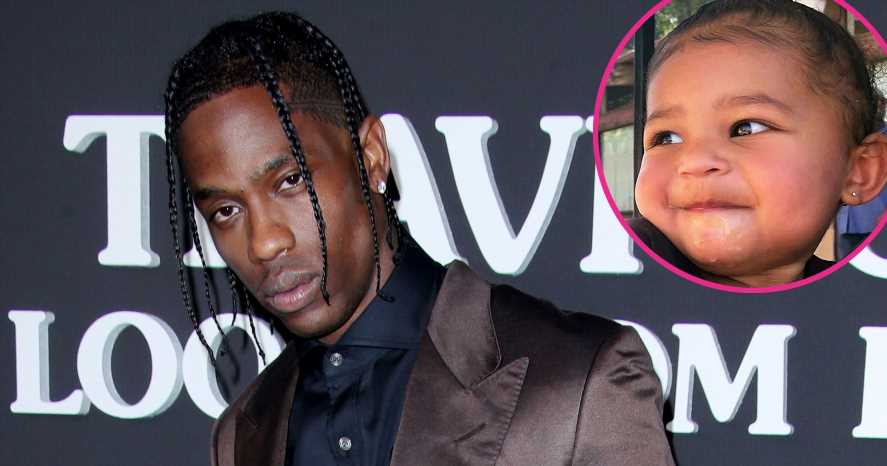 Gushing about his girl! Travis Scott and Kylie Jenner welcomed their daughter, Stormi, in February 2018, and the rapper has had sweet things to say about the little one ever since.

“He is a very hands-on dad and engaged,” a source told Us Weekly exclusively following Stormi’s first birthday. “He spoils his daughter rotten and absolutely loves her to death and would do anything to make her life the best that it can be.”

Us confirmed that he and the Keeping Up With the Kardashians star split in October 2019 after more than two years together, but the former couple have plans to share custody of their daughter evenly.

“It will be 50/50, but it’s not a point of contention,” an insider told Us exclusively at the time. “It’s really whatever is best for Stormi. Travis knows what an incredible mom Kylie is and will make whatever situation work.”

A second source added, “Travis still has a lot of love for Kylie and respects her as a mom. He will be very involved in Stormi’s life.”

The reality star considers the little one to be a great mix of her and her ex. “She’s such a good baby,” the makeup mogul told Ellen DeGeneres one month prior to their split. “She is the perfect mixture of both of us. She’s definitely, like, a little rager. She loves music. While [the audience was] dancing, she was [backstage] dancing.”

For Scott’s first Father’s Day, the Kyle Cosmetics CEO wrote on Instagram that she “loves how [he] loves” their daughter, and her mom, Kris Jenner, thinks the “Stop Trying to Be God” rapper is a great dad as well. “He’s so great,” the In the Kitchen With Kris author told reporters in March 2018. “He’s really, really great, really attentive.”

Keep scrolling to read the heartfelt stories that the Grammy winner has shared about Stormi since becoming a father, from how he felt holding her for the first time to the parenting moments he’s most excited for.