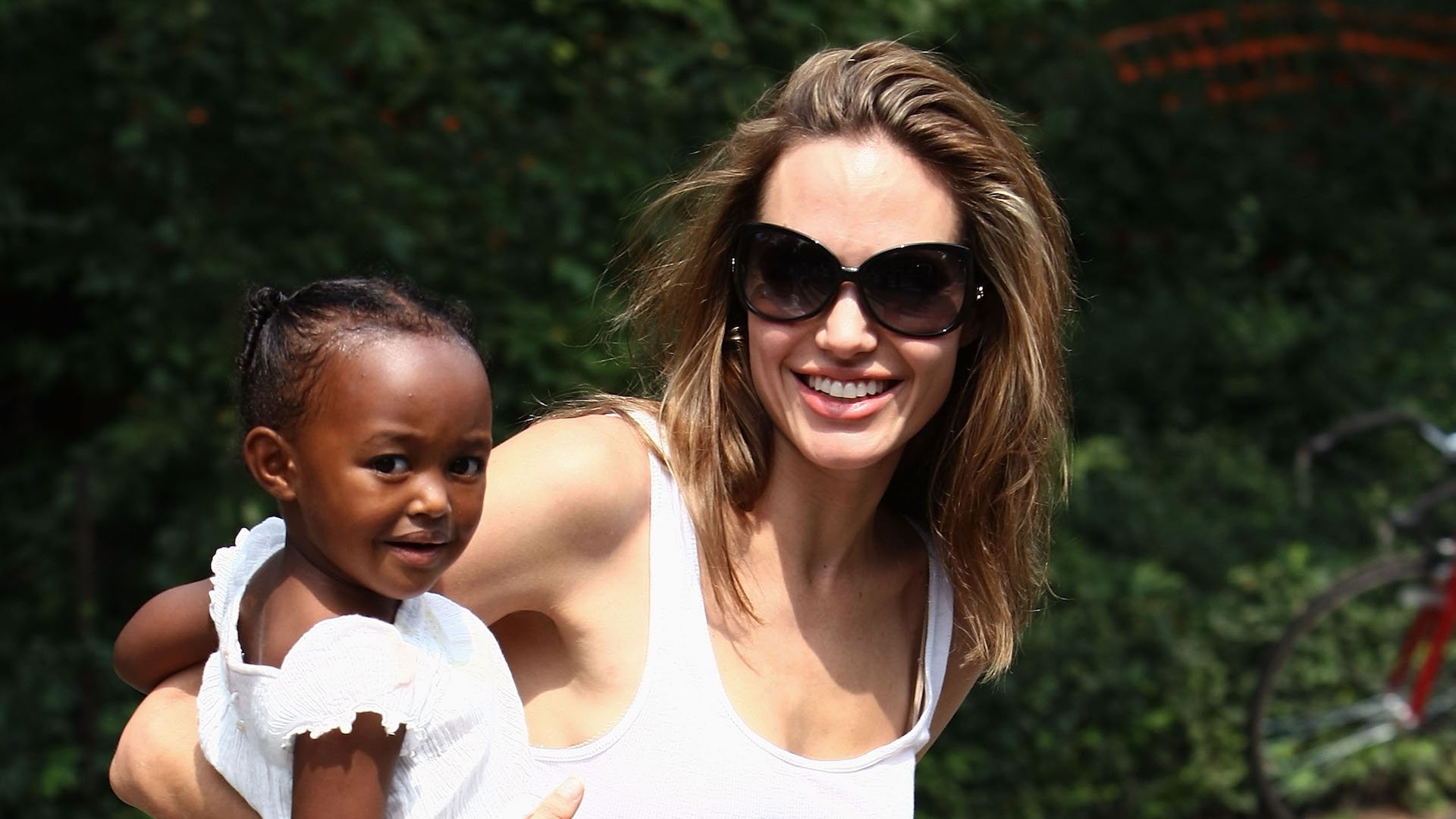 Plenty of celebs like to keep a low profile, attending private parties and avoiding super-public spaces where they might be bothered by throngs of paparazzi. But not Angelina Jolie: The actor and mother of six recently spent some time in a very surprising, very public place. You might not believe it, but our favorite tomb raider and human rights activist Angelina Jolie was selling organic dog treats with her kids… in a dog park.

The odd event was documented by former Parenthood star Sarah Ramos. And while Ramos reveals the encounter actually occurred in November, she just now shared the story to Instagram.

“I’m not sure why God chose me to tell this story but I have to fulfill my calling: A couple months ago I went to the dog park and saw Angelina Jolie selling organic dog treats,” Ramos captioned the series of photos, which show Jolie and several of her children at a collapsible table with the brown-bagged goods. Ramos then took to Instagram stories to share additional information.

“This happened months ago, in November, and I felt that I needed to protect the privacy of Angie and her family who were just trying to sell some organic dog treats at the dog park,” she said in a series of clips. “You know, I felt really conflicted. I thought, ‘This is the story of our times, this completely ruined my day.’ Everything was changed after I went to the dog park, clearly not expecting anything to happen as you can see based on my all-denim outfit that was not cute. I was not expecting anything and I found Angie Jolie.”

Ramos went on to explain that Jolie’s kids were not fooled by her “casual” attempt to take a pic. “I know now that Angelina’s kids knew I was taking that photo and I wasn’t getting anything past anybody, but I’m still glad I took the photo” — I mean, we would be too. How often do you get to meet Angelina Jolie in the wild?!

I’m not sure why God chose me to tell this story but I have to fulfill my calling: A couple months ago I went to the dog park and saw Angelina Jolie selling organic dog treats. PS the treat sales benefited @hopeforpawsrescue. Donate today to make Angie happy!

As for the actor’s biscuit-baking company, more power to her. The celeb mom was simply trying to instill some hardworking values in her children. But we have to admit the whole scenario is rather strange. Still, kudos to Angie: You may play a badass on screen, but you are a benevolent dogpark mom goddess IRL.