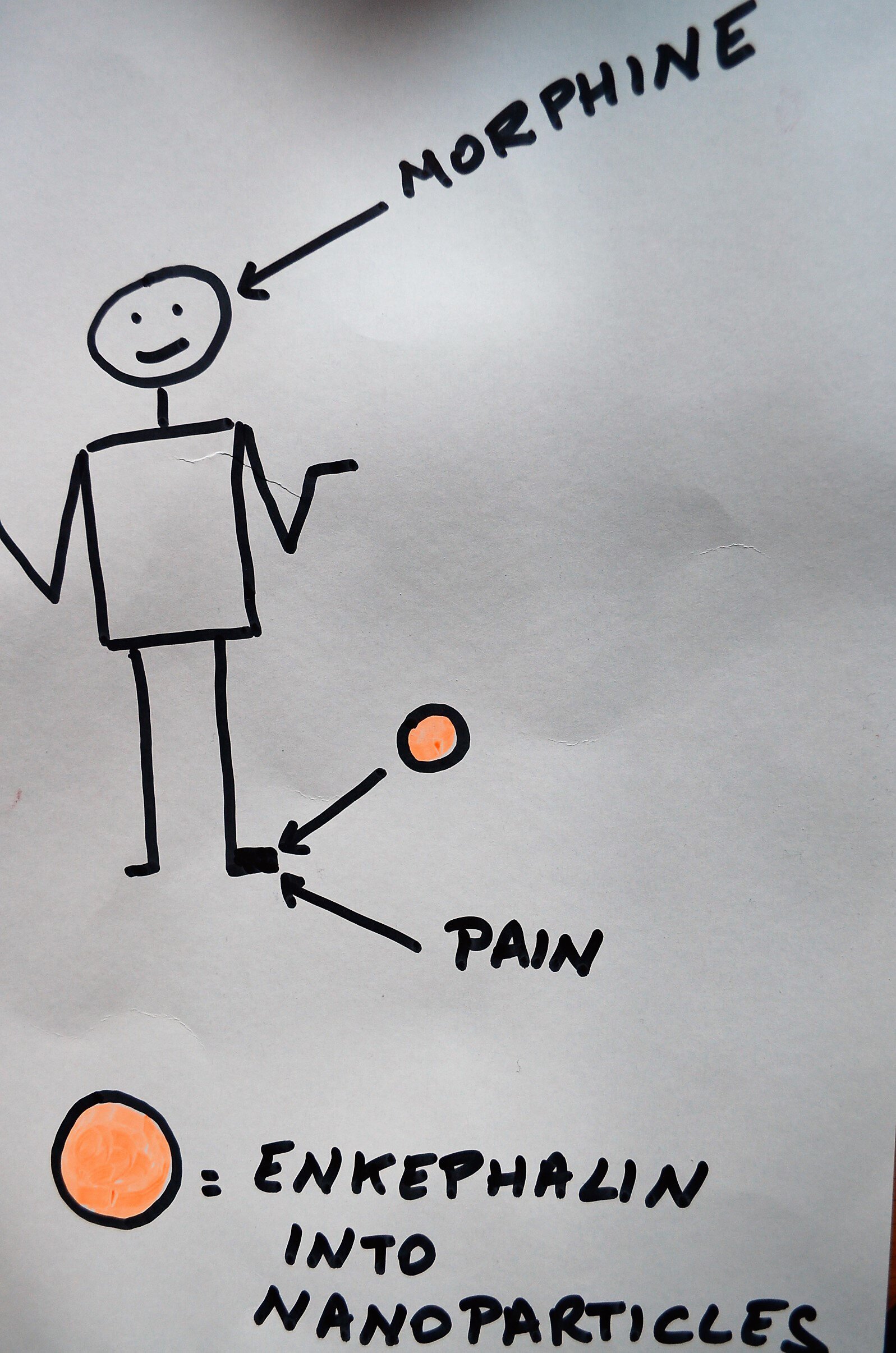 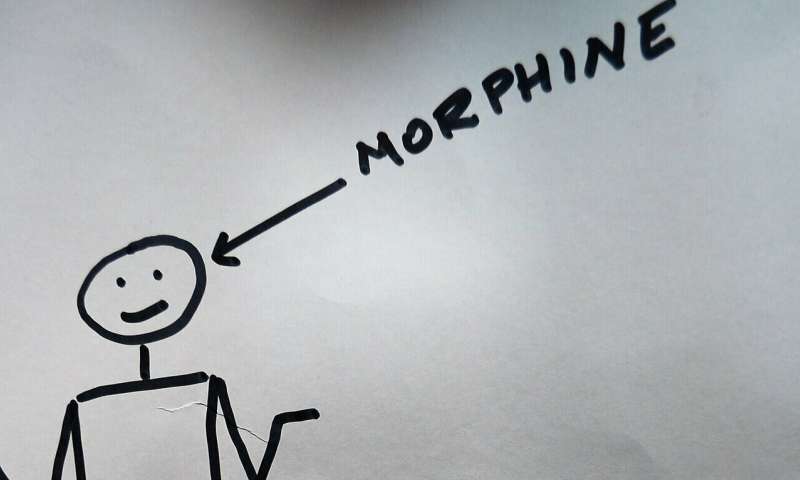 A team of researchers from Université Paris-Saclay and Université Paris Descartes has developed a nano-drug that has been found to reduce pain in rodents. In their paper published in the journal Science Advances, the group reports that the nano-drug also lasts longer and is less addictive than opioids.

Opioids have proven to be quite effective at dulling pain and have therefore brought relief to millions of people around the globe. But as has been widely reported, its addictive properties have led to widespread abuse and many deaths. Because of this serious downside, scientists have been looking for a drug that works just as well but is not as addictive. In this new effort, the researchers report on the development of a drug that might just fit the bill.

The group focused on peptides that occur naturally in the body and bind to opioid receptors—one example is enkephalin. It is believed that drugs modeled on them would be just as effective as opioids but less addictive. But efforts to produce such a drug have been stymied by impermeability of the blood-brain barrier. To get around this problem, the researchers adhered Leu-enkephalin neuropeptides to a lipid called squalene, resulting in a drug that could be injected directly into body sites experiencing pain. It was hoped the drug would offer relief directly to the peripheral nervous system rather than the brain.

The researchers tested their drug by injecting it into mice with painfully swollen paws. They then applied heat to the area to test pain reactions—less reaction would suggest less pain. The researchers report that the mice showed signs of pain relief after being injected with the new drug. Further testing showed that the drug also lasted longer than opioids. And because it does not interact with the brain, the researchers believe it will not prove addictive, either.