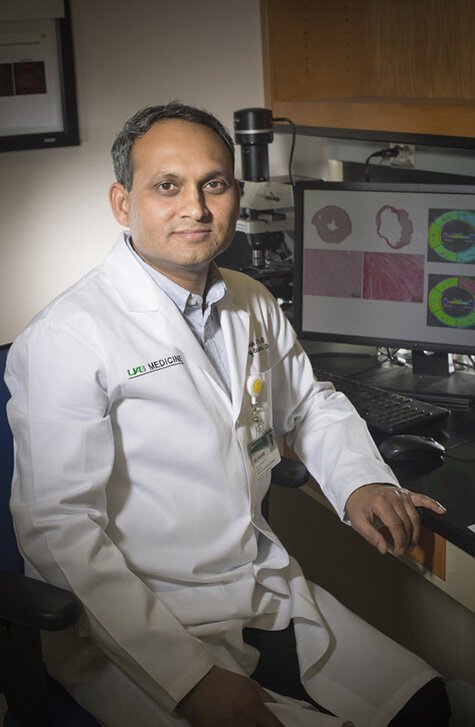 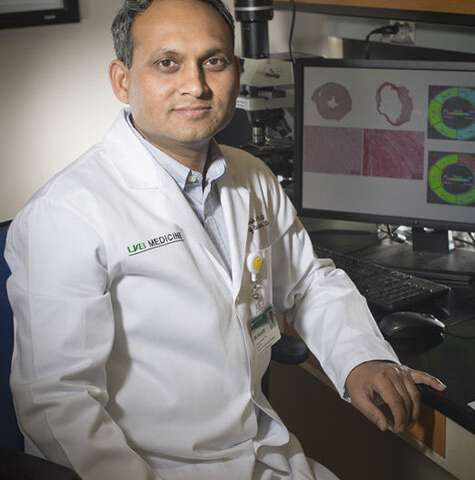 Non-steroidal anti-inflammatory drugs, or NSAIDs, are widely known as pain-killers and can relieve pain and inflammation. However, prolonged use raises the risk of heart and kidney failure events. A heart attack causes death of heart muscle cells by lack of oxygen, and it also significantly injures the kidneys.

To understand the molecular and cellular mechanisms of action that damage the heart and kidneys at the same time—known as cardiorenal syndrome—University of Alabama at Birmingham researchers pretreated animals with the NSAID carprofen in a mouse-heart attack model. Basic research on heart disease is needed because heart disease is the leading cause of death for both men and women, according to the Centers for Disease Control and Prevention.

Ganesh Halade, Ph.D., associate professor in the UAB Department of Medicine’s Division of Cardiovascular Disease, wanted to see if carprofen affected either of the two steps the immune system takes to repair heart attack damage. First is an immediate acute inflammation, where leukocytes rush into heart muscle to remove dead cells and cell debris. Second is the subsequent resolution phase to dampen the excess inflammation caused by those activated leukocytes, which otherwise would further damage the heart and kidneys.

In a study published in the journal Life Sciences, Halade and colleagues found that carprofen treatment alone triggered subtle low-grade inflammation in the heart and kidneys. The combination of carprofen pretreatment and heart attack magnified this impact by dysregulating the acute inflammatory response, amplifying inflammation and intensifying the cardiorenal syndrome.

Second, they found that carprofen without heart attack caused increased levels of the inflammatory cytokines TNF-alpha and IL-1 beta, and increased levels of the enzyme COX-2, which normally is induced at the start of the inflammation process after injury to produce chemoattractants that recruit immune cells. The carprofen also induced the protein MRC-1 prior to injury. MRC-1 is involved in the resolution of inflammation, suggesting that both the acute inflammation phase and the resolution of inflammation phase are falsely activated during carprofen pretreatment before any heart injury.

Visceral fat is a...