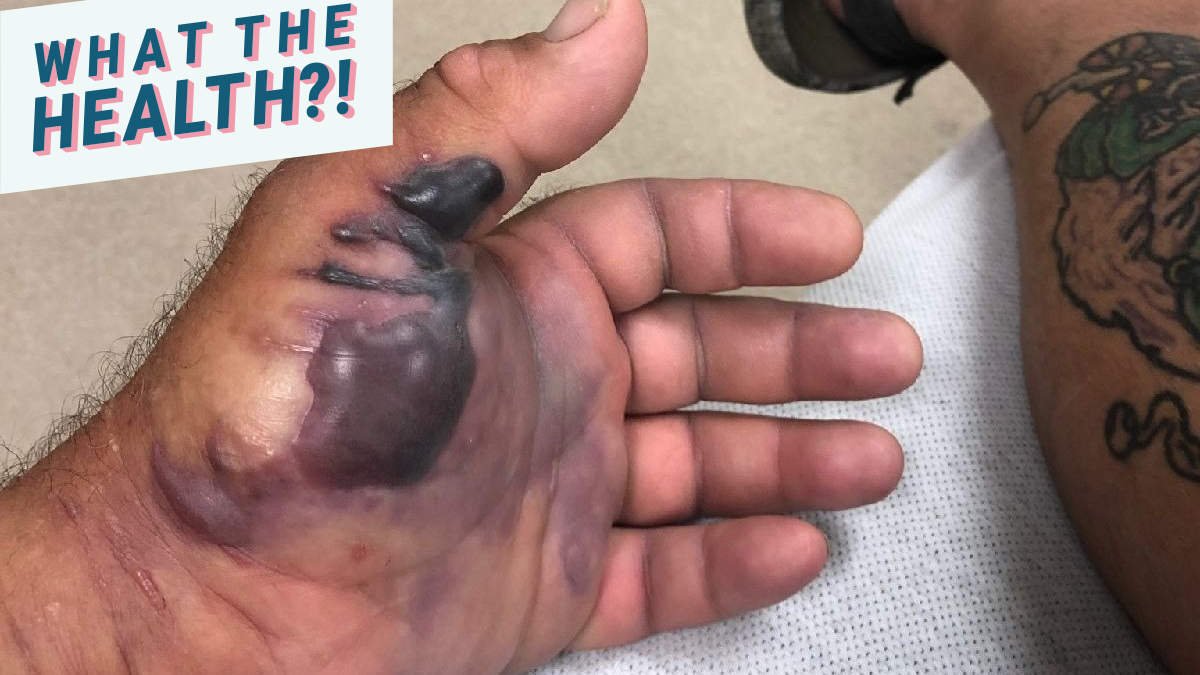 The latest in flesh-eating bacteria stories is a red flag for any fishermen (or women) out there. Mike Walton of Ozona, Florida was hospitalized after contracting a rare bacterial infection while on a fishing trip in the Gulf of Mexico when his fishing hook pricked his hand, according to ABC Action News.

Walton went to the hospital when his hand began to swell shortly after the incident. He received antibiotics to help treat the swelling, but a few days into taking them, he developed massive black lesions on his hand, ABC Action News reported. Walton was diagnosed with necrotizing fasciitis, a fast-spreading bacterial infection that destroys muscle and soft tissue.

“I had like little blisters starting to form on my hand and you could watch like sweat beads coming up on side of the hand, and then they just turned black,” Walton told ABC Action News.

The doctors reportedly debated amputating his arm but were able to remove most of the bacteria through a more minor surgery. According to ABC Action News, doctors “were able to get inside his arm and remove the bacteria from his tissues.”

According to Walton’s GoFundMe page, it’s still unclear whether doctors will be able to restore functionality to his arm. Walton is the sole provider to his family and won’t be able to work while he recovers. Fortunately, within just eight days, the page has already raised more than $17,000.

While rare, necrotizing fasciitis can be seriously damaging. Multiple types of bacteria can cause it, and the bacteria can enter the body through any kind of break in the skin, including cuts, burns, insect bites, and puncture wounds (like from a fishing hook to the hand), according to the CDC.

Symptoms of flesh-eating bacteria include red or swollen skin in the affected area, severe pain beyond the red or swollen area, and a fever. While antibiotics can help stop the infection, they can’t always reach all of the infected areas. When the bacteria has destroyed too much tissue, a doctor may need to surgically remove the dead tissue in order to stop the spread of the infection. If necrotizing fasciitis is left untreated, it can cause sepsis, organ failure, and death.