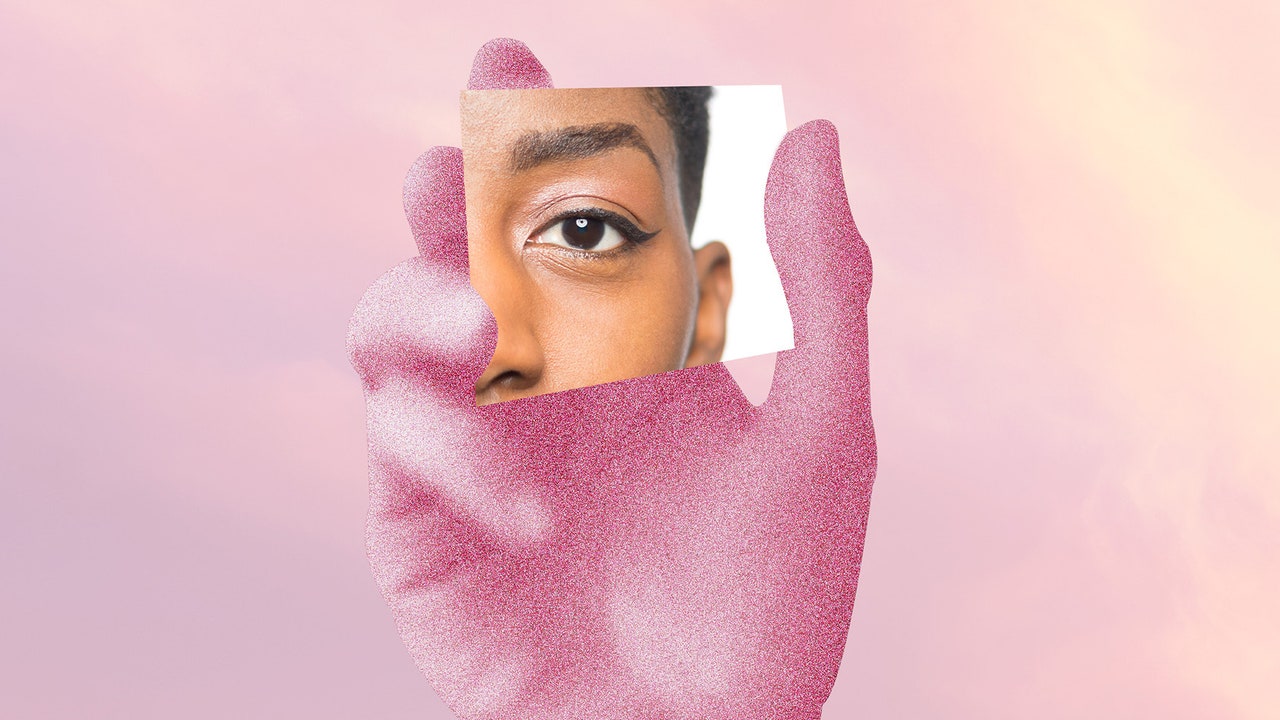 I attend a biweekly memoir writing group, my “Woo Woo” meetup, which includes women from all backgrounds. At 32, I am the second-youngest member; the eldest member is in her 70s. In the years that we’ve been gathering to laugh, cry, and sip wine, our writing has often forced us to unpack the trauma of childhood, which has sometimes been caused by unreasonable beauty standards in our families. Though we're all successful in our own way, we’ve each had to navigate what it means to define beauty on our own terms and finally heal.

As the sole Black woman in the group, I’ve revealed my family’s struggles, which are rooted in colorism and Eurocentric beauty ideals. That means some moms don’t want their children going out in the sun for fear they’ll get too dark and be stuck that way, and that the elders in my family are wigged, permed, and pressed at all times. When I stopped blow-drying my hair into submission, my grandmother asked why I would intentionally make myself look ugly.

Washington, D.C.-based psychologist Afiya Mbilishaka counsels her clients through these toxic and traumatic beliefs, which she refers to as "aesthetic trauma," a term that describes distressing experiences related to appearance. For women of color, this often includes ideas about complexion, hair texture and length. Mbilishaka explains, "I’ve definitely seen it within family dynamics in terms of privileges. Women articulate that, even though people aren't explicitly comparing themselves to their siblings or cousins, it comes up. And we all know where we fall in the spectrum in terms of skin color and hair texture; we have an understanding." This trauma surfaces, she explains, when navigating "romantic relationships, sexuality, sensuality, and attractiveness," and it also frequently affects how we act in the workplace.

"Women want to have a certain appearance so badly that they risk their health and wellness."

Mbilishaka is also a licensed stylist and the founder of Psychotherapy, a practice that involves guiding women through their complicated relationships while they get their hair styled, as time in the salon can feel quite vulnerable. She flips this scenario and offers a space where her clients feel safe enough to express themselves. “It's challenging to find a support system that consistently values Black beauty,” Mbilishaka says. She has seen aesthetic trauma show up through many different kinds of behavior, including appearance alterations based on critique, visible signs of trauma like excessive pulling, and burns from styling hair with heat or chemicals.

For women of any race, aesthetic trauma can manifest as wearing Spanx every day, constantly dyeing or getting hair blown out, or dieting on and off for years. Mbilishaka says that these behaviors frequently continue despite negative consequences: "Women want to have a certain appearance so badly that they risk their health and wellness."

My Woo Woos have shown me what it looks like for women from other backgrounds to be traumatized by unrealistic expectations. For instance, Carole Nise, a 73-year-old white woman, says she was constantly scrutinized for her big butt. "I have several belief systems that were inculcated in me, and I was told I had a fat ass, which made me feel like I was fat," she tells me. This was regardless of her being consistently underweight. "I’d still see myself as a fat ass. But they’re in style now, and I love my ass. I walk around and shake it from side to side, dancing through my development — I don't give a shit." Nise, like many, was deeply affected by misogyny, and says that her father often praised her brother and simultaneously told her that he wished she were a boy.

This resonates with fitness model and actor Natasha Ward, who also spoke with Allure. She has been outspoken on her social platforms about aesthetic trauma and the effects of colorism and beauty standards put on Black women. She was her father’s only daughter, and was branded a tomboy. “I used to spit, sit like a boy, and do everything my brothers did,” Ward recalls. "My dad used to joke, 'You’re such a little boy! You need to act like a lady. How are you ever gonna get married?'"

Despite her belief that those things were said in jest, they created an insecurity that stuck with Ward. "That’s because of the stereotypes of Black women. If you're too confident or too at home with yourself, it makes it more difficult for you to get married," she explains. As her career has grown, she’s had to challenge those beliefs. "I've had to overcome the desire to shrink around men in order to make them feel more masculine and in order to make myself more palatable," she reflects.

"It’s like we’re on autopilot. It’s not easy to step out of that traumatic lineage."

The experiences Nise and Ward describe are just two examples of how women of all races have been boxed in, while the men around them are often celebrated, even in mediocrity. The society that teaches a man to ask to be paid what he’s worth is the same one that expects a woman to be sporting a bikini months after having a baby, with a tight vagina to match her tight abs (look up the “husband stitch,” a once relatively common practice in which doctors added an extra stitch during episiotomies).

According to Carlsbad, California-based psychotherapist Melissa Lapides, the continuation of these patterns is unconscious, and they can’t be changed unless they are recognized. “It’s like we’re on autopilot. It’s not easy to step out of that traumatic lineage," she says. "It really takes a lot of work. So you have to devote a portion of your life to healing that trauma. A lot of people don't want to face what's there."

Another of my group members, Kate Delaney, is trying to instill a body-positive outlook and a healthy relationship with food in her 12-year-old daughter, Samara. She does this despite watching her own mother count calories and obsess over her weight, and more in the spirit of her grandmother, Mick, who modeled confidently and embraced her love of food. "My mom would be restrictive with calories, and Mick was the only woman I know who never apologized for eating something," Delaney says. She recalls watching Mick walk down the street in a leopard-print bathing suit, much to the chagrin of other family members. "She never monitored anyone’s food, but my mother monitored hers. She’d say, 'You’re using too much butter,' and Mick would retaliate by buttering each little square of a waffle."

Delaney, known in our group for her love of sour beer and her personal style (one of her favorite items is a thrifted Totoro skirt), does not hide her love of food from her daughter, and she doesn’t scrutinize her own weight or calorie intake. Lapides believes that exhibiting this level of comfort for a child is what can break the pattern cycle for the next generation. Changing these patterns is much more than simply changing your own mindset; it’s also about changing your energy around your children. “It takes a whole unwinding,” Lapides explains, "and then turning it around in a new direction. And it does take some serious willpower."

For Ward, overcoming her insecurities has meant consciously adopting new beliefs. For one thing, she likes to tell herself that she is enough. "This bleeds over from my personal life into my career, because the entertainment industry always makes you ask, 'Am I too this? Am I not enough of that? How can I adapt and shift to become who this casting director or producer or agent wants me to be?'" she says. Pushing back against those blockades has been freeing and empowering for her, and she shares that message whenever she can, hoping to inspire young girls to flourish instead of hiding themselves.

Healing from any trauma is a lifelong battle, and when society affirms and perpetuates beauty oppression, it makes it that much harder. "It is very challenging to heal from these wounds if the standards haven't shifted or changed," Mbilishaka says. Her recommendation? "Study yourself. Study what your hair can do, study all the styles you can achieve; study the ways to be healthy, your triggers, your love languages; study all those things for yourself that can then increase your emotional intelligence and your ability to cope with the stressors of the world. I always encourage thorough, full self-study." This self-study, and a supportive, positive group of friends, can help you finally heal from that harmful cycle of aesthetic trauma.

Researchers from the University...

Do the sunset lamps all over the internet have mental health benefits?

Vitamin D deficiency: Chronic headaches and migraines may be signs your levels are low