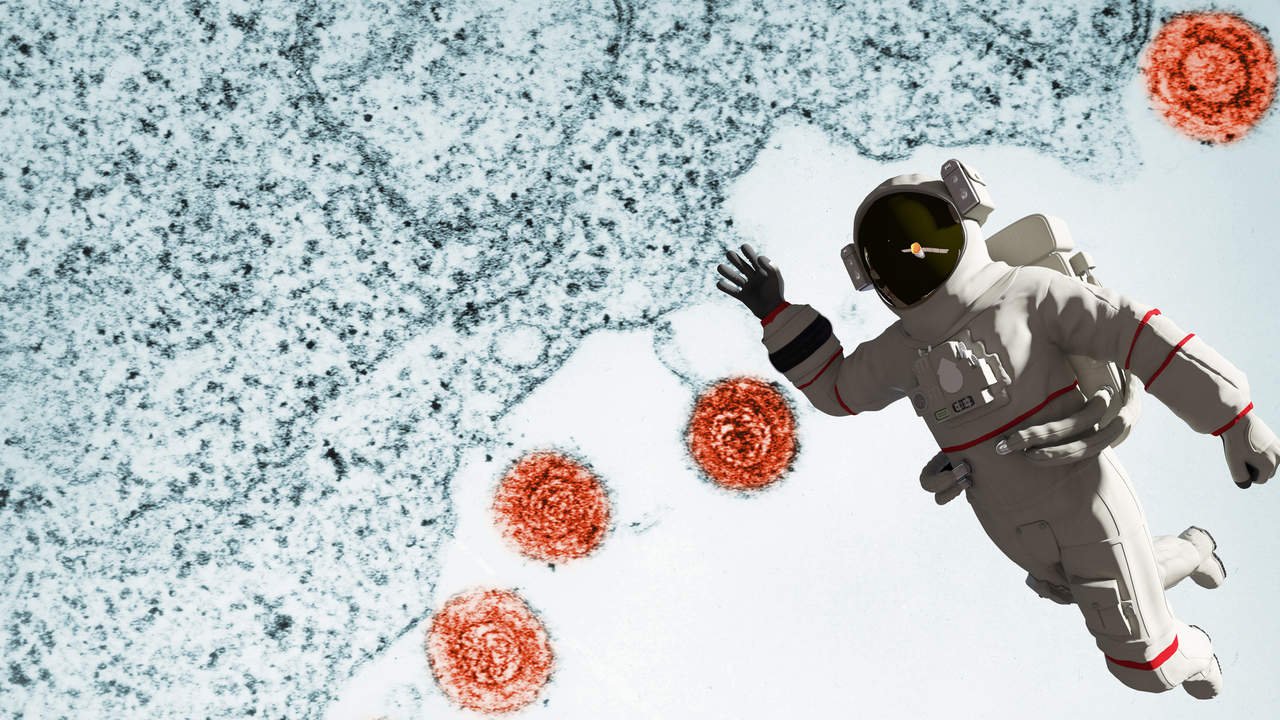 When it comes to herpes, you can run, but you can’t hide.

The virus has long been well-established here on earth—north of 3 billion people have it, according to the World Health Organization—but it’s now in the spotlight elsewhere: in space.

Yes, space herpes is now a thing: A new Frontiers in Microbiology report warns that the herpes virus is likely to reactivate in astronauts on spaceflights both long and short.

A team of NASA-funded researchers discovered this by collecting urine and saliva samples from astronauts. They found that 53% of astronauts on spaceflights between 10 and 16 days and 61% of those on missions 180 days or longer were shedding at least one herpes virus. In some cases, the astronauts had skin lesions or atopic dermatitis, an itchy, red rash.

Stress was thought to be to blame for the outer space herpes reawakening, and the report cites a few specific stressors likely to take a toll on astronauts’ immune systems: confinement, social separation, sleep deprivation, disturbed sleep patterns, and anxiety.

But even if you’re not stressed about, say, going to the moon, anxiety can still result in a herpes flare. “Daily stress is enough to be a trigger,” Connecticut-based dermatologist Mona Gohara, MD, tells Health. How often stress-induced herpes outbreaks occur is unknown, she says, but “for people who do have the virus, stress is one of the most common triggers.”

Stress can negatively affect lots of your body’s natural processes, including your immune system. When your immune system isn’t working optimally, you’re more likely to experience a viral outbreak. What makes herpes different from other viruses is that it never goes away; it’s ready to be awakened when your stress levels spike.

“Herpes lives in your system dormant forever. It’s kind of like a sleeping bear: When you get stressed out, the bear is mustered out of hibernation,” Dr. Gohara says. Other factors can also trigger a herpes outbreak, like exposure to ultraviolet light or your period, she adds.

Herpes outbreak symptoms vary depending on the type of herpes a person has. Herpes simplex virus 1 (HSV-1) usually results in cold sores, while herpes simplex virus 2 (HSV-2) tends to cause genital sores. Chickenpox and shingles are often also considered similar infections because they all have one thing in common: The viruses don’t go away. “None of them ever leave your system really,” Dr. Gohara says.

The new study highlights the potential risks of rampant herpes outbreaks in space. Upon return, astronauts whose dormant herpes has been reactivated could endanger newborns or adults with weakened immune systems.

The researchers also wrote that the longer a person is in space, the greater the chances they were shedding the virus. “The shedding did not abate during the longer International Space Station missions, but rather increased in frequency and amplitude,” according to the report. The authors called for the development of countermeasures to prevent herpes outbreaks in space.

For the rest of us, Dr. Gohara says stress management is key for staving off outbreaks. How’s that for motivation to not put off that meditation class again?