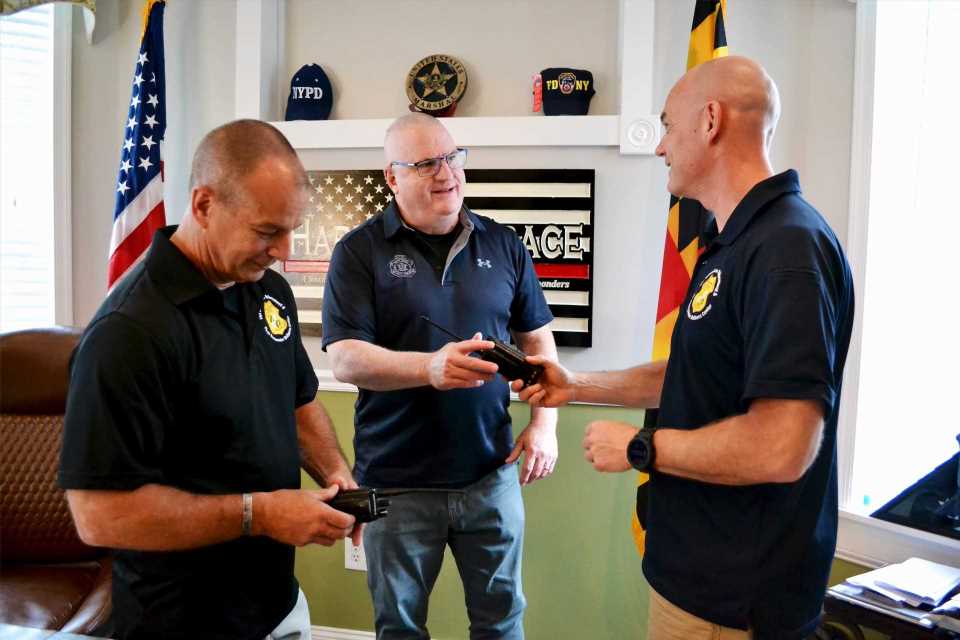 HAVRE DE GRACE, Md. — Ken Beyer can’t think of a day in the past few months when his phone didn’t flutter with calls, text messages, and emails from a police department, a sheriff’s office, or a fire station seeking help for an employee. A patrol officer threatening to kill himself with his service weapon before roll call. A veteran firefighter drowning in vodka until he collapses. A deputy overdosing on fentanyl in his squad car.

“It’s the worst that I’ve seen in my career,” said Beyer, co-founder and CEO of Harbor of Grace Enhanced Recovery Center, a private mental health and substance use recovery and treatment center for first responders in the waterfront Maryland town of Havre de Grace. Established in 2015, Harbor of Grace is one of only six treatment centers in the U.S. approved by the Fraternal Order of Police, the world’s largest organization of law enforcement officers.

Public safety is a profession plagued by high rates of mental health and addiction problems. Considering the unrelenting pressures on first responders, Beyer said, the treatment centers can’t keep up with the demand.

Specialized recovery facilities like Harbor of Grace focus on treating law enforcement officers, firefighters, emergency medical technicians, and dispatchers — people who regularly encounter violence and death at work. In the past two years, Beyer said, the number of police officers admitted for treatment at his facility alone has more than tripled. “And we always have up to 20 cops in the queue,” he said. Other treatment centers for first responders reported a similar spike in patients.

Anger at police and policing practices soared after a Minneapolis officer murdered George Floyd in 2020, and it put additional strain on officers’ mental health, said Dr. Brian Lerner, a psychiatrist and the medical director at Harbor of Grace. “Officers feel disparaged by the public and often, they also feel unsupported by their agencies,” he said.

That’s part of the reason “we’re looking at a significant rate of burnout among police officers,” said Jennifer Prohaska, a clinical psychologist in Kansas City, Kansas, who focuses on helping law enforcement personnel.

The poor state of many officers’ mental health, combined with low morale, has contributed to an exodus of police across the country that has left departments understaffed and the remaining officers overworked and exhausted. Atlanta, Seattle, Phoenix, and Dallas are hit particularly hard by officer shortages. “That’s creating enormous stress on the system,” Prohaska said. “It’s a perfect storm.”

Even before the most recent stressors, rates of burnout and depression were up among first responders. Rates of post-traumatic stress disorder are five times as high in police officers as in the civilian population. Some studies estimate that as many as 30% of police officers have a substance use problem. Alcohol dependence is at the top of the list.

Last year alone, 138 law enforcement officers died by suicide — more than the number killed — 129 — in the line of duty, according to the FBI. A recent report from the Ruderman Family Foundation suggests that police suicides are often undercounted because of stigma. 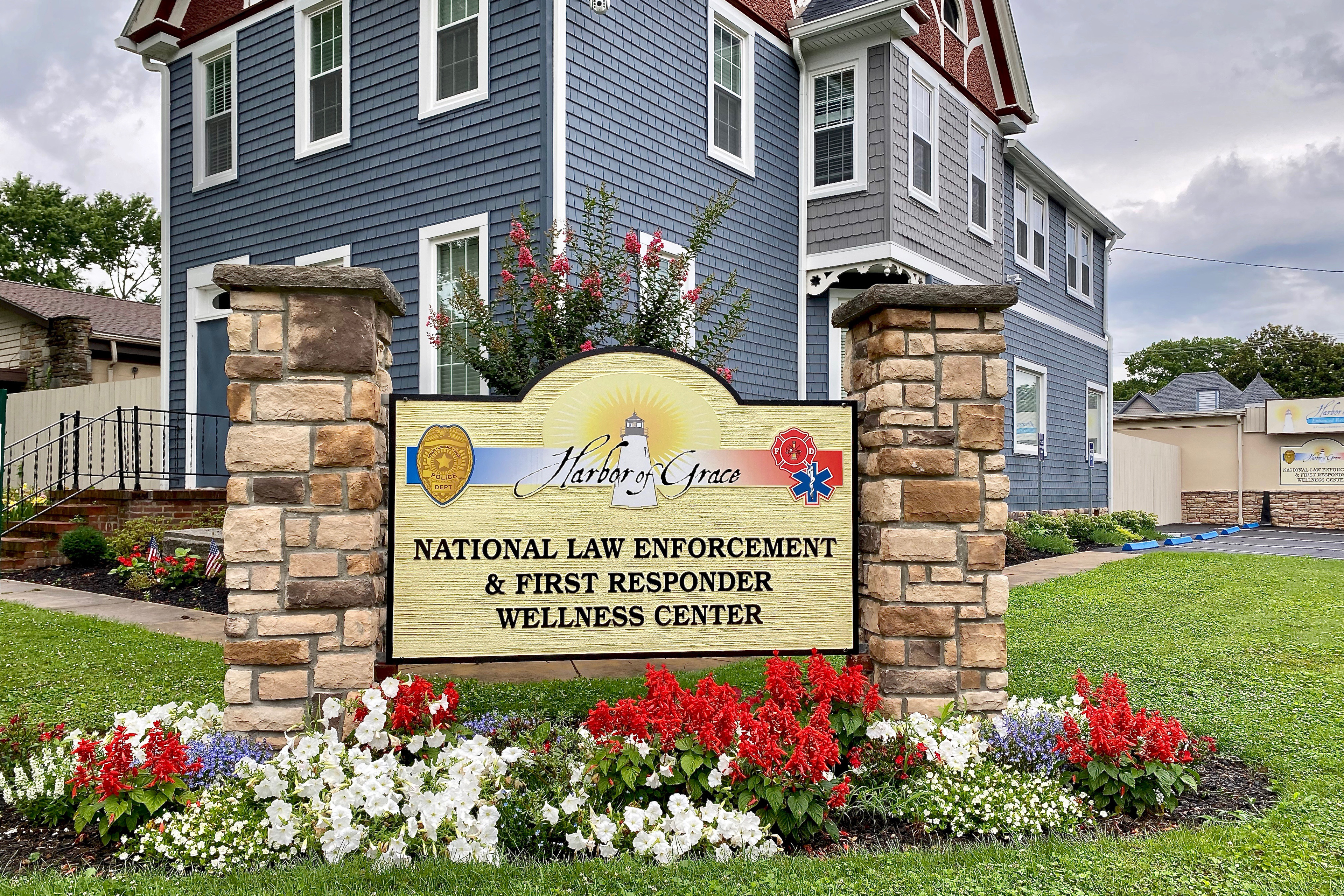 Harbor of Grace has a small campus of eight single-story brick buildings with light blue and yellow accents and looks more like a seaside inn than a clinical setting. The center can treat 47 patients at a time. It has seven acute care beds, mostly for detox.

To date, more than 500 law enforcement agencies — federal, state, and local — have sent employees to Harbor of Grace. The center has 45 full-time clinical staffers, including an emergency physician and several psychiatrists, nurses, and counselors. Many have previously worked as first responders — from Army medics and firefighters to police officers.

On a recent morning at Harbor of Grace, the sun burned hot over the Chesapeake Bay. A group of patients, mostly men and a few women in their 30s, gathered on the small patio. Some sat alone, while others stood in small groups chatting.

“We get all types, from all backgrounds, and at all stages of brokenness,” said Beyer, 66, a former firefighter and EMT who overcame a problem with alcohol several decades ago. “All our patients and most of our staff know what it’s like to hold a dead or a dying child,” he said.

Sgt. Ryan Close has held several dead children. The 37-year-old police officer works as a patrol supervisor for a small law enforcement agency in New England that he did not want to identify to protect the identities of his colleagues. He has been a police officer for 15 years and has worked for several departments. When he started, he said, officers did not receive psychological training or have access to designated peer support programs.

He said that almost every time he was involved in a critical incident — like a shooting or an accident with burnt and disfigured bodies — “my supervisor ordered me to the bar afterwards.” One incident in particular has stuck in his memory — when a young boy shot himself in the head with a rifle. Washing down the horror with alcohol “was the culture back then,” he said.

But Close didn’t drink much at the time and was mocked by his peers for ordering only small beers. It wasn’t until years later, when memories of his experiences at work reemerged and he had trouble sleeping, that he started to self-medicate with alcohol. He developed social anxiety, and his marriage suffered.

His department pushed him to get help, and he entered Harbor of Grace in April 2021 for a 28-day treatment cycle. There, he learned to let go of his hardened veneer and his impulse to always be in control. He saw many other cops struggle with that too when they got to the center. “I witnessed grown men have a fit like a 6-year-old because a staff member wouldn’t let them use their cellphone.”

Many first responders develop heavy defense mechanisms and are “insecure, non-trusting, controlling,” Beyer said. They often wait way too long before they seek help, he added.

Police officers tend to be “very closed, very unwilling to be vulnerable,” Lerner said. But he finds that most first responders make model patients after they take the first steps. “At that point, they’re all in,” he said. “They don’t do anything halfway.”

At Harbor of Grace, the communication style mirrors the tone at a police station or firehouse, said Beyer. “We don’t waste time on the feel-good stuff,” he said. “We’re blunt. We call people out if necessary.” 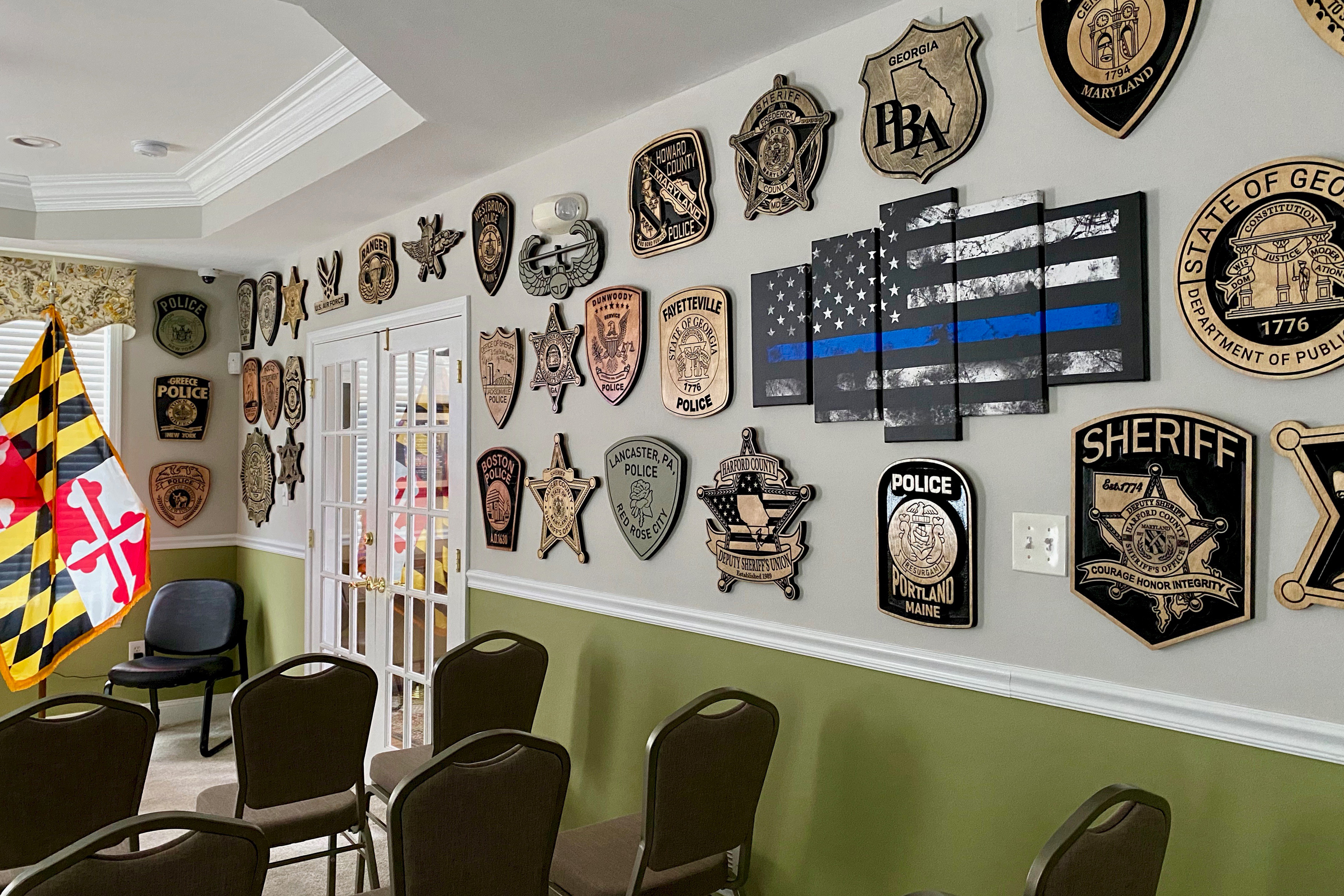 Psychologist Prohaska said it’s important that specialized behavioral treatment centers for first responders exist. But, she said, there must also be better investment on the front end — for hands-on initiatives that teach resiliency to public safety employees, like the one she developed for the Kansas City Police Department.

Robust mental health training needs to be part of the academy curriculum and embedded in police culture, she said. “Just like we teach officers safety, we need to teach them resiliency,” she added. “A two-hour PowerPoint course won’t do it.”

Beyer expects the situation to get worse before it gets better. Over the past two years, he has seen more police officers resign while they’re in treatment. Previously, most went back to work. “Now, once they gain clarity, many say, ‘I want to stay healthy, and the way to stay healthy is get out of police work,’” he said.

Ryan Close decided to return to work in law enforcement. He has become an advocate for peer-to-peer support in his agency and beyond. He said his own mental health journey has made him a better police officer, with more empathy and improved communication skills.

His advice to fellow officers is to learn about the possible effects of trauma before they develop a serious problem. Also, he said, “establish a good dialogue with your family, your supervisors, your peers. Know what your limitations are. And learn healthy coping skills. Alcohol isn’t one.”