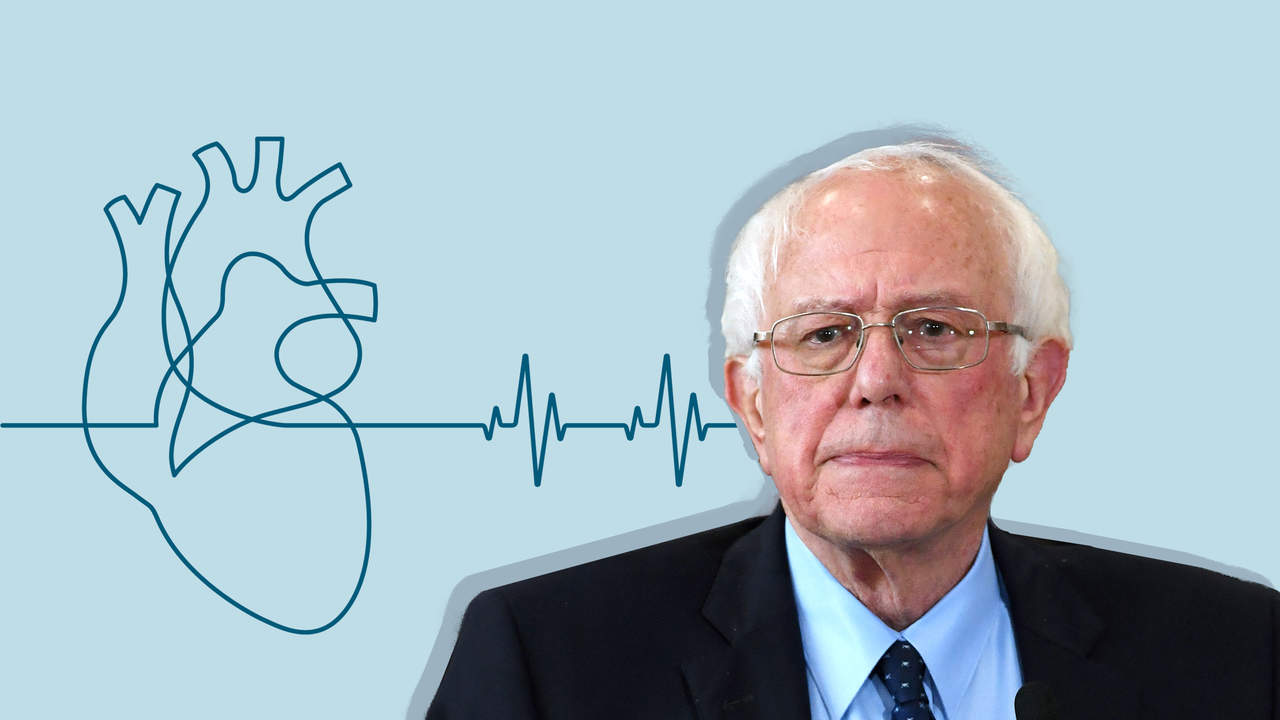 Jeff Weaver, an adviser to Senator Sanders, said in a statement Wednesday morning, “During a campaign event yesterday evening, Senator Sanders experienced some chest discomfort. Following medical evaluation and testing he was found to have a blockage in one artery and two stents were successfully inserted," according to the New York Times.

A stent is a small mesh tube made of wire, per the American Heart Association (AHA). They're used to open arteries and are kept there permanently to keep arteries open.

In general, stents are a result of a procedure doctors call a percutaneous coronary intervention (PCI), also known as an angioplasty. These are used to treat blocked or narrowed arteries, according to the AHA. During a PCI, doctors insert a balloon-tipped catheter (which is a tube) into the artery. The catheter is moved to the blocked part of the artery and inflated to compress the built-up plaque, opening the narrowed area of the artery.

Once the artery has been re-opened, the catheter is removed, but the stent, which is placed over the balloon-tipped catheter, locks into place and stays behind, keeping the artery open and improving the amount of blood that reaches the heart, per the AHA. It also helps alleviate chest pain in the patient. According to the AHA, patients who have angioplasty and stents recover from those procedures much faster than patients who have coronary artery bypass surgery (CABG), which can also restore blood flow to a blocked artery.

After a PCI, patients are recommended to take antiplatelet agents, like aspirin, which are medications that keep platelets from clumping together and forming blood clots in the stent and blocking the artery further. Aspirin is typically taken indefinitely, per the AHA, but other medications are taken as prescribed by a doctor.

It should be noted, however, that stents may not be a permanent fix to a blocked artery: While stents do help prevent restenosis, or the re-narrowing of a previously opened artery, the arteries may still re-close, in which case, patients will need to undergo CABG.

As far as Senator Sanders is currently feeling, one of his campaign aides told the New York Times that Senator Sanders “feels better than ever because that’s how people feel after they get a stent and there’s more blood flow.”