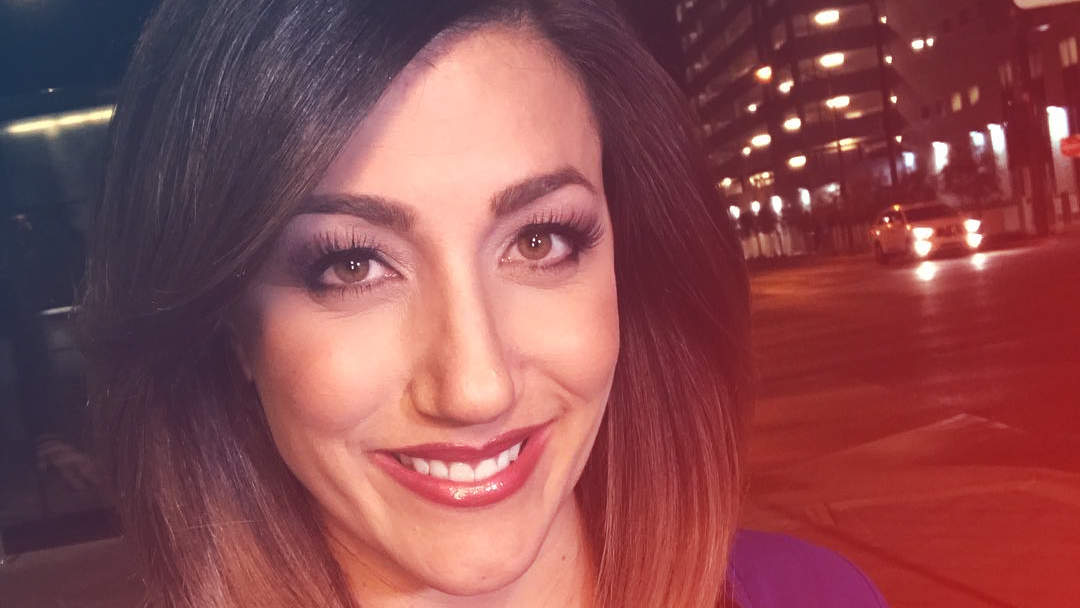 A news anchor in Las Vegas is opening up about battling a rare form of cancer that was sparked by her pregnancy.

KSNV News 3 reporter Michelle Velez recently wrote to viewers in a candid Instagram post about why she had been away from work for a few months. “I was diagnosed with a rare form of cancer that was caused by an abnormal pregnancy,” she said. “It’s extremely complicated so I’ll try my best to make it easy to understand.”

Velez said she had a molar pregnancy, and explains it very thoroughly: “It’s a pregnancy that is not viable—meaning a fetus never formed—but instead of miscarrying… the pregnancy continued to grow and produced invasive tissue,” she said. “In some very rare cases that tissue can turn into cancer.. and spread to other organs in the body. That is what happened to me. No good reason.. just unfortunate dumb luck.”

I’m not exactly sure how to do this so I’m just going to give it to you straight. As many of you know I have been having some health issues the past few months. Honestly, we didn’t exactly know what was wrong until now. Last week, I was diagnosed with a rare form of cancer that was caused by an abnormal pregnancy. It’s extremely complicated so I’ll try to make it as easy to understand as possible. Before I do – I want you to know that my kind of cancer is treatable. We have every reason to believe I will recover free and clear – Just getting to that point is going to be tough. What I had was called a molar pregnancy. It’s a pregnancy that is not viable – meaning a fetus never formed -but instead of miscarrying, the pregnancy continued to grow and produced invasive placental tissue. Since the placenta is still there, the body mimics a pregnancy and spikes the pregnancy hormone (HCG) to astronomical levels. Essentially it was as if I was pregnant with 5 babies at once. It made me extremely sick and caused excessive bleeding. Normally this can be treated with a surgical procedure to clear the tissue and then we just monitor the HCG levels until they reach zero. However.. In some very rare cases that tissue can turn into cancer.. and spread to other organs in the body. That is what happened to me. No good reason, just unfortunate dumb luck. . . Again, The great news is this type of cancer is treatable and my doctors have every reason to believe I will be free and clear at the end of this. The bad news is I have to go through aggressive chemo to kill it. Yes I will probably lose my hair and experience other side effects of chemo. I have already made it through my first two treatments this week. Total number of rounds all depends on how long it takes the HCG levels to get to zero. . . I can’t really put into words what it is like to find out you have cancer.. devastating.. shocking and terrifying for starters – but there’s so much more to this I never understood. I plan to be as open and transparent about this journey as I can – because it’s the only way I know how to be. (Continued in comments)

Velez said her form of cancer is “treatable” and that her doctors “have every reason to believe I will be free and clear at the end of this.” Unfortunately, Velez said she needs to go through “aggressive chemo” to kill the cancer. “Yes.. I will probably lose my hair and experience other side effects of chemo—but all that is temporary."  Total number of rounds all depends on how long it takes the tissue to disappear,” she said.

“I look forward to coming back healthy and strong again,” she said. “Please pray for my family and I.. we need all the love prayers and support we can get.”

What is a molar pregnancy, exactly, and how can it lead to cancer?

So, the science here is tricky, but, as Velez explained, a molar pregnancy is essentially a pregnancy that is not viable since, instead of a fetus, a tumor forms. This is technically known as gestational trophoblastic disease (GTD), according to the National Cancer Institute (NCI), which is a general term for rare tumors that form from the tissues surrounding fertilized egg.

Hydatidiform mole (HM) is the most common type of GTD, and they're typically benign, per the NCI. But sometimes GTD can be cancerous—that type is known as gestational trophoblastic neoplasia (GTN), which can include four different types of malignant tumors: invasive moles, choriocarcinomas, placental-site trophoblastic tumors, and epithelioid trophoblastic tumors.

While GTD in general is rare, the NCI says there are symptoms to look out for, including abnormal vaginal bleeding, pelvic pain or pressure, high blood pressure, fatigue, and having a uterus that’s larger than normal—but again, this doesn't mean the GTD is cancerous.

Velez opened up about experiencing one of those symptoms, abnormal vaginal bleeding, in an Instagram post during a blood transfusion at the hospital. "The reason I keep ending up in the hospital is part of my condition makes me bleed," she said. "Unfortunately, the bleeding is making me anemic." Velez said that at one point she lost so much blood that she became diaphoretic (or excessively sweating) and weak, and that she nearly passed out on her bathroom floor.

While the cause of GTD is unknown, per the NCI, there are risk factors that can make an HM more likely to become cancerous, including being pregnant before age 20 or after age 35, having an ovarian cyst larger than 6cm, or having an overactive thyroid gland, among other things.

What's the treatment for a molar pregnancy?

Treatment varies depending on the stage a woman is diagnosed in, but it may include surgery to remove the abnormal cells, chemotherapy, or radiation, the NCI says. In some cases, a hysterectomy may be needed as well.

Velez recently shared photos and video of herself going through chemo on Instagram, noting that she’s completed her first round of chemo. “I still get nervous every time I walk in. Cried on the first day.. naturally,” she said. “The chemo makes me really cold.. and they put Benadryl in the IV so it knocks me out too.”

I’ve made it through my first round of chemo.. so that’s three days of treatments so far.. and I still get nervous every time I walk in. Cried on the first day.. naturally. The chemo makes me really cold.. and they put Benadryl in the IV so it knocks me out too. I hate that feeling. Every day I go in for treatment.. I have this inner battle with myself. On one hand I hate knowing all this harsh stuff is going inside me.. taking a toll on my body – but on the other hand – it’s also the only thing saving my life. A real mind mess if you ask me. Now we get to wait and see what the side effects are like. How will I feel? Will it take all my hair? Will I still have eyelashes or brows at least? Please God leave me my brows.. I have a thing about brows. If you know me.. you know that ? Not most important but still on my mind. Also.. I really miss my kids. We’re not sure when they’re coming back yet – all depends on whether I can get stable enough to have them here. I’m praying this is the last week for that. Praying for a lot right now. Your prayers are helping too so thank you from the bottom of my ♥️ Tonight.. I will get my second warrior hug from my mamma to celebrate #round1down ?? #molarpregnancy #GTD #choriocarcinoma #cancerdiagnosis #chemo #chemosucks #cancersucks #gestationaltrophoblasticdisease #pregnancycancer #placentacancer

Velez said that she hates “knowing all this harsh stuff is going inside me.. taking a toll on my body—but on the other hand—it’s also the only thing saving my life. A real mind mess if you ask me.” Velez also shared that she’s “praying for a lot right now," and that she thanks her family, friends, and even strangers who follow her for their support.