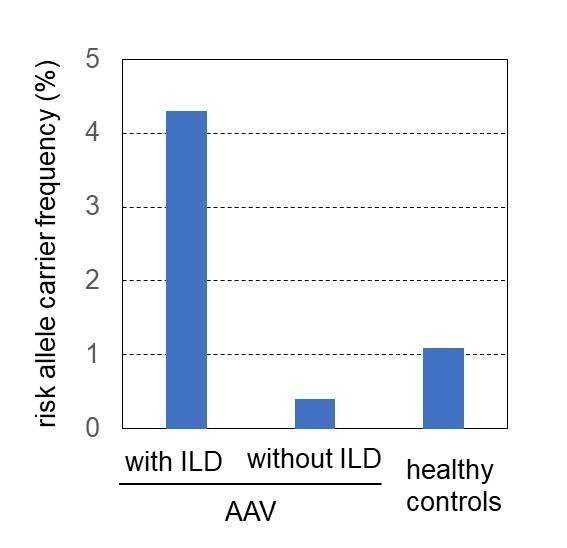 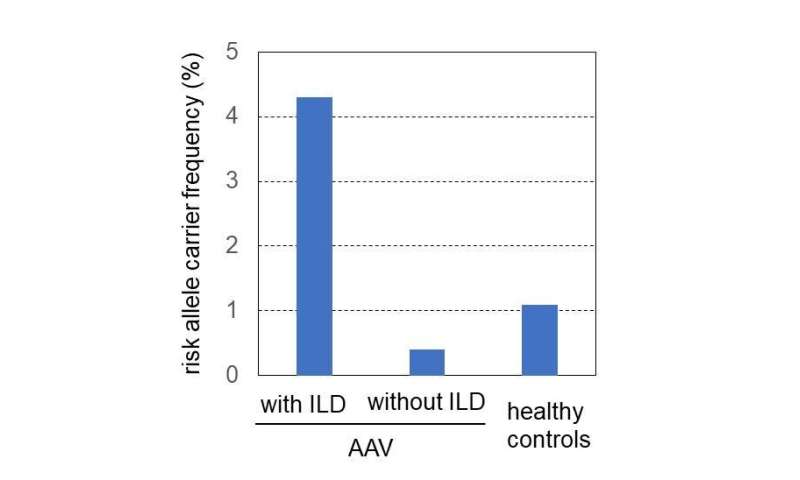 Many diseases show major differences in their prevalence from one country to another, but it is often unclear whether this is due to lifestyle and environmental factors such as the diet, the genetic backgrounds in different ethnic groups, or a combination of these. Interstitial lung disease (ILD) is one such condition, which much more commonly accompanies another immunity-related disease in Japanese than in Europeans, implying that genetic background plays a role in the pathogenesis of ILD.

In a new study reported in the journal Annals of the Rheumatic Diseases, a University of Tsukuba-centered research team has applied a genetic approach to analyze hundreds of Japanese patients and healthy controls. They revealed an association between a variant in a gene called MUC5B, encoding a surface-coating protein called mucin 5B, and ILD in patients with antineutrophil cytoplasmic antibody (ANCA)-associated vasculitis (AAV). This finding could benefit affected patients by providing a new therapeutic target.

ILD is a group of diseases in which scarring of the lungs occurs—which can reduce lung flexibility and make breathing difficult. Previous studies indicated some association between ILD and AAV, a condition in which the body develops antibodies against its own immune cells, leading to inflammation of the blood vessels. However, this association was shown to be dependent on ethnicity, in that 45% of Japanese patients with one form of AAV were reported also to have ILD, which was much higher than the corresponding rate in Europeans.

“We obtained data on 474 Japanese patients with AAV and 842 Japanese controls, determined their genotype at the MUC5B locus, classified their pathological condition based on an established algorithm, and used computed tomography to show whether or not they had ILD,” Naoyuki Tsuchiya says. “We were able to show that AAV patients who also have ILD are more likely to have the MUC5B gene with a single-letter variation in the DNA code at the gene promoter than AAV patients who do not have ILD.”

The team then confirmed this finding using data only on those who had undergone high-resolution computed tomography, which increased the accuracy of the identified status of ILD.