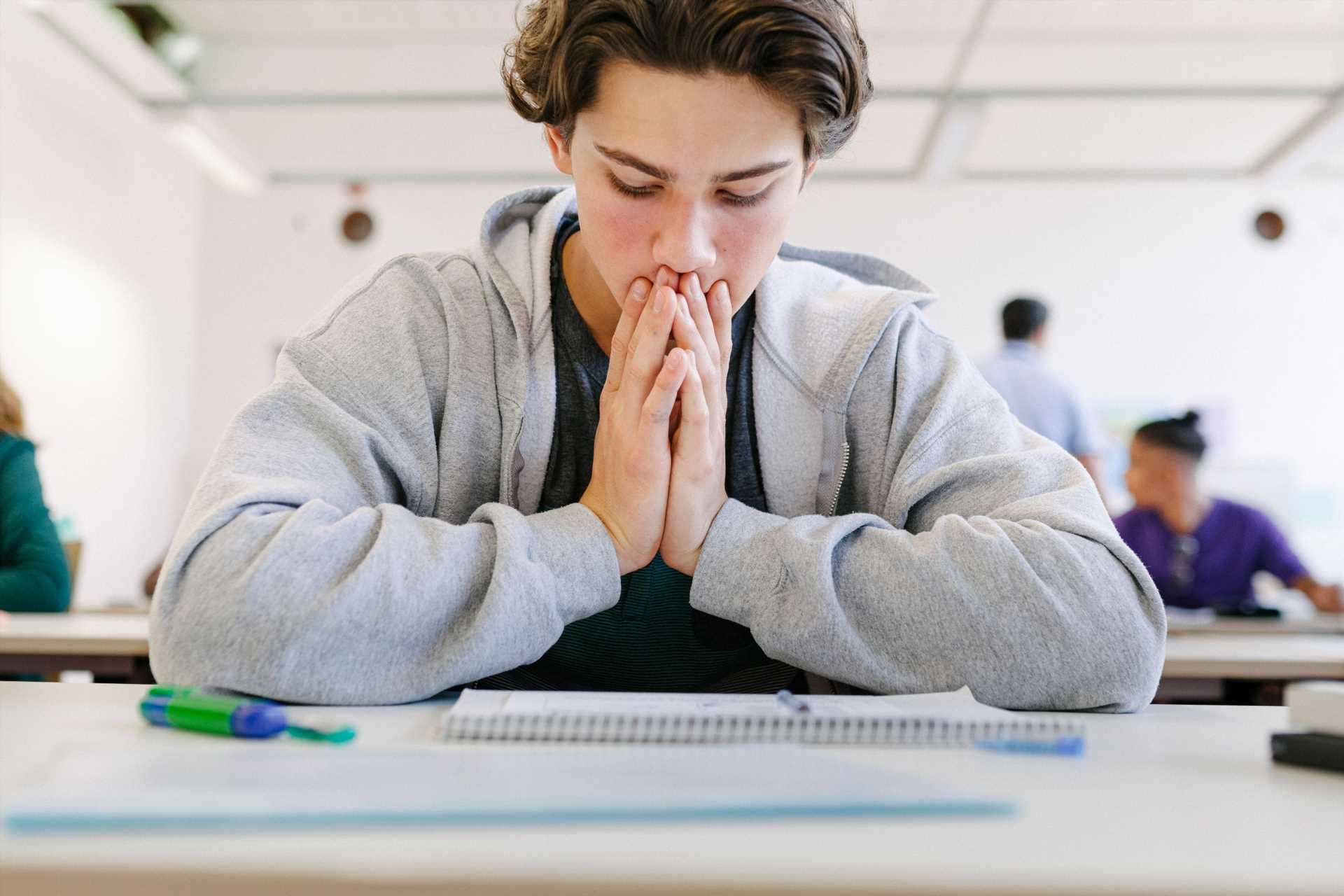 Colorado, Florida, and Idaho will not participate in a key part of the Centers for Disease Control and Prevention’s Youth Risk Behavior surveys that reaches more than 80,000 students. Over the past 30 years, the state-level surveys, conducted anonymously during each odd-numbered year, have helped elucidate the mental health stressors and safety risks for high school students.

Each state has its own rationale for opting out, but their withdrawal — when suicides and feelings of hopelessness are up — has caught the attention of school psychologists and federal and state health officials.

Some questions on the state-level surveys — which can also ask students about their sexual orientation, gender identity, sexual activity, and drug use — clash with laws that have been passed in conservative states. The intense political attention on teachers and school curriculums has led to a reluctance among educators to have students participate in what were once considered routine mental and behavioral health assessments, some experts worry.

The reduction in the number of states that participate in the state-level CDC survey will make it harder for those states to track the conditions and behaviors that signal poor mental health, like depression, drug and alcohol misuse, and suicidal ideation, experts said.

“Having that kind of data allows us to say ‘do this, not that’ in really important ways,” said Kathleen Ethier, director of the CDC’s Division of Adolescent and School Health, which oversees the series of health surveys known as the Youth Risk Behavior Surveillance System. “For any state to lose the ability to have that data and use that data to understand what’s happening with young people in their state is an enormous loss.”

The CDC developed the Youth Risk Behavior Surveillance System in 1990 to track the leading causes of death and injury among young people. It is made up of a nationally representative poll of students in grades nine through 12 and separate state and local school district-level questionnaires. The questions focus on behaviors that lead to unintentional injuries, violence, sexually transmitted infections, pregnancy, drug and alcohol misuse, physical inactivity, and more.

The decisions by Colorado, Florida, and Idaho not to participate in the state-level questionnaires will not affect the CDC’s national survey or the local school district surveys in the states that have them.

Part of what makes the survey a powerful tool is the diversity of information collected, said Norín Dollard, a senior analyst with the Florida Policy Institute, a nonprofit research and advocacy group. “It allows for the analysis of data by subgroups, including LGBTQ+ youth, so that the needs of these students, who are at a greater risk of depression, suicide, and substance abuse than their peers, are understood and can be supported by schools and community providers,” said Dollard, who is also director of Florida Kids Count, part of a national network of nonprofit programs focused on children in the United States.

The CDC is still processing the 2021 data and has not released the results because of pandemic-related delays, said Paul Fulton, an agency spokesperson. But trends from the 2009 to 2019 national surveys showed that the mental health of young people had deteriorated over the previous decade.

“So we started planning,” Ethier said. “When the pandemic hit, we were able to say, ‘Here are the things you should be looking out for.’”

Nearly half of parents who responded to a recent KFF/CNN mental health survey said the pandemic had had a negative impact on their child’s mental health. Most said they were worried that issues like self-harm and loneliness stemming from the pandemic may affect teenagers.

But the CDC’s survey has shortcomings, said health officials from some states that pulled back from it. Not all high schools are included, for example. And the sample of students from each state is so small that some state officials said their schools received little actionable data despite decades of participation.

That was the case in Colorado, which decided not to participate next year, according to Emily Fine, school and youth survey manager at the Colorado health department. Instead, she said, the state will focus on improving a separate study called Healthy Kids Colorado, which includes questions similar to those in the CDC survey and Colorado-specific questions. The Colorado survey, which has been running for about a decade, covers about 100,000 students across the state — nearly 100 times the number that participated in the CDC’s state-level survey in 2019.

Minnesota, Oregon, Washington, and Wyoming, which also have their own youth surveys, either never participated or decided to skip the previous two CDC assessments. At least seven states will not participate in the 2023 state-level survey.

Fine said the state-run option is more beneficial because schools receive their own results.

In Leadville, a Colorado mountain town, a youth coalition used results from the Healthy Kids Colorado survey to conclude that the county had higher-than-average rates of substance use. They also learned that Hispanic students in particular didn’t feel comfortable sharing serious problems like suicidal thoughts with adults, suggesting that opportunities to flag issues early were being missed.

“I feel like most kids tell the truth on those surveys, so I feel like it’s a reliable source,” said high schooler Daisey Monge, who is part of the youth coalition, which proposed a policy to train adults in the community to make better connections with young people.

Education officials in Florida and Idaho said they plan to gather more state-specific data using newly created questionnaires. But neither state has designed a new survey, and what questions will be asked or what data will be captured is not clear.

Cassandra Palelis, a spokesperson for the Florida Department of Education, said in an email that Florida intends to assemble a “workgroup” to design its new system.

In recent years, Idaho officials cited the CDC survey data when they applied for and received $11 million in grants for a new youth suicide prevention program called the Idaho Lives Project. The data showed the share of high school students who had seriously considered attempting suicide increased from 15% in 2011 to 22% in 2019.

“That is concerning,” said Eric Studebaker, director of student engagement and safety coordination for the State Department of Education. Still, he said, the state is worried about taking up class time to survey students and about overstepping boundaries by asking questions that are not parent-approved.

Whatever the rationale, youth mental health advocates call opting out shortsighted and potentially harmful as the exodus erodes the national data collection. The pandemic exacerbated mental health stress for all high school students, especially those who are members of racial or ethnic minority groups and those who identify as LGBTQ+.

But since April, at least a dozen states have proposed bills that mirror Florida’s Parental Rights in Education law, which bans instruction about sexual orientation and gender identity in kindergarten through third grade.

The law, which critics call “Don’t Say Gay,” and the intense political attention it has focused on teachers and school curriculums are having a chilling effect on all age groups, said youth advocates like Mann, the Florida school psychologist. “Some of these discussions about schools indoctrinating kids has bled into discussions about mental health services in schools,” she said.

Since the law was adopted, some Florida school administrators have removed “safe space” stickers with the rainbow flag indicating support for LGBTQ+ students. Some teachers have resigned in protest of the law, while others have expressed confusion about what they’re allowed to discuss in the classroom.

With data showing that students need more mental health services, opting out of the state-level surveys now may do more harm than good, said Franci Crepeau-Hobson, a professor of school psychology at the University of Colorado-Denver, who has used the national youth risk behavior data to analyze trends.

“It’s going to make it more difficult to really get a handle on what’s happening nationally,” she said.