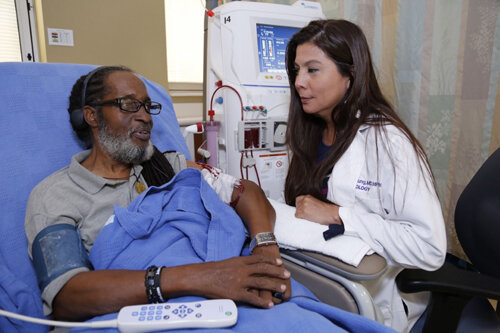 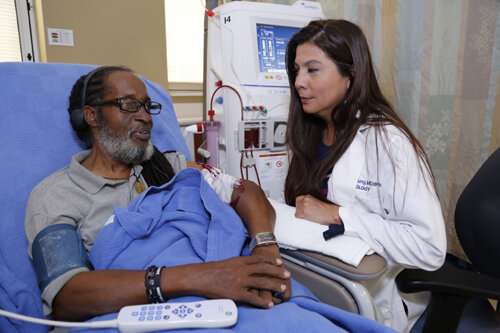 A study of 280,000 U.S. veterans including 56,000 African Americans has identified in greater detail than ever before the “genetic architecture” of kidney function and chronic kidney disease (CKD), according to researchers at Vanderbilt University Medical Center and their colleagues.

The report, published recently in the journal Nature Communications, is an important step toward identifying specific genetic contributors to reduced kidney function and CKD, and developing precision medicine approaches to treatment and prevention, the researchers said.

“We’ve redrawn the map of kidney genetics and which genes are important in humans for kidney function,” said Todd Edwards, Ph.D., associate professor of Medicine at Vanderbilt University School of Medicine.

The veterans were enrolled in the study at more than 60 VA hospitals through the Million Veteran Project (MVP), an extraordinary effort by the U.S. Department of Veterans Affairs (VA) to recruit 1 million veterans to study the genetic contributions to disease.

Edwards is the paper’s co-corresponding author with Adriana Hung, MD, MPH, director of the dialysis unit at the Nashville VA Medical Center. Hung recently received renewal of a VA Merit Review Award to continue investigating the genetics of CKD and its risk factors.

“This work has provided significant knowledge about mechanisms and pathways that predict advanced kidney disease,” said Hung, a principal investigator of MVP and associate professor of Medicine at Vanderbilt. “It may help us identify people who are at higher risk.”

An estimated 30 million Americans suffer from CKD. African Americans are four times more likely than whites to lose their kidney function. Currently there are few effective ways to halt or slow the progressive loss of kidney function.

That’s why this study, with the largest group of African American participants in a trans-ethnic genome-wide association study (GWAS) of kidney function conducted to date, is so important, said Jacklyn Hellwege, Ph.D., research instructor in Medicine and the paper’s co-first author with Digna Velez Edwards, Ph.D., and Ayush Giri, Ph.D.

Researchers from VUMC and 20 other medical centers, including eight in the VA system, used several techniques to identify genetic variation that affect the estimated glomerular filtration rate (eGFR), the rate at which the kidneys filter the blood.

One method, GWAS, scans the genome for loci, or fixed positions on the chromosome, which are “sign-posts” for various diseases. In this way the researchers were able to identify 118 loci associated with low eGFR, 82 of which had not been detected before.

These findings were replicated by a study of more than 765,000 participants in the international Chronic Kidney Disease Genetics Consortium.

With the help of Katalin Susztak, MD, Ph.D., and colleagues at the University of Pennsylvania, the VUMC researchers went further and mapped the expression or activity level of gene variants to specific tissues in the kidney.

Another technique developed by Nancy Cox, Ph.D., director of the Vanderbilt Genetics Institute, called S-PrediXcan, enabled them to predict a “genetic risk score”—how the expression of specific genes would affect kidney function.

Diabetes and high blood pressure are significant contributors to kidney disease, but the genetics of those interactions are largely unknown. To that end, the study found altered gene expression in podocytes, specialized kidney cells that help filter the blood and which previously have been linked to diabetic nephropathy.

“We also identified a strong association with the variant that causes sickle cell anemia,” which disproportionately affects African Americans, said Hellwege. “Individuals who carry it are at higher risk for reduced kidney function.”

“That had not been reported before,” Edwards added.

“This was in many ways a tour de force of Vanderbilt methods, resources and people,” Edwards said. “It puts you in a much better position to consider what can we now do to change kidney function, what treatments might exist.”