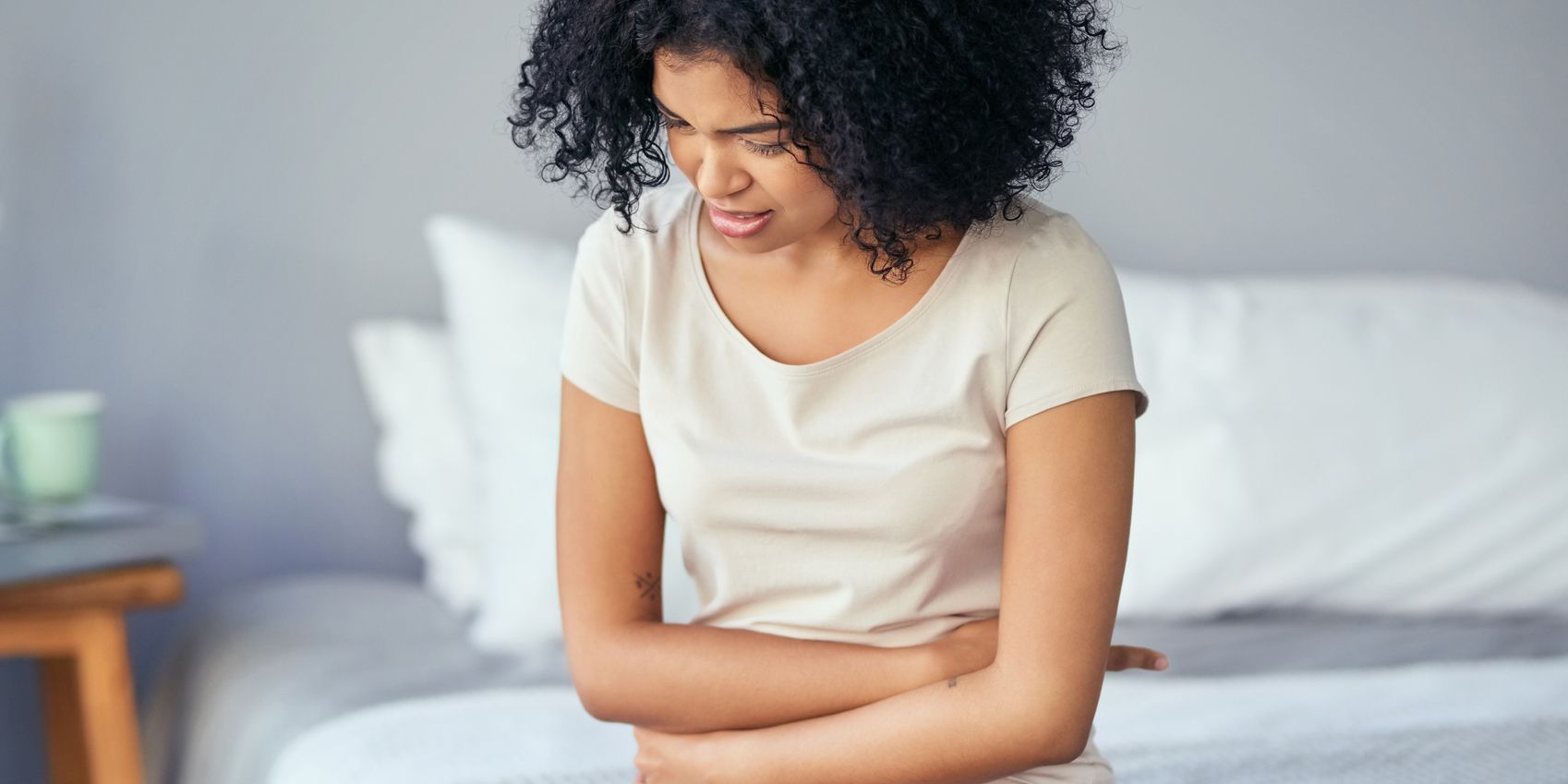 You just had mind-blowing sex with a regulation hottie. You saw, you conquered, you came (twice). You roll over and feel… satisfied? Check. A little sweaty? Double check. Nauseated? Yeah, that too.

But wait, why? It’s uncommon, but feeling sick to your stomach after sex isn’t totally unheard of, says Erin Carey, MD, an assistant professor and the director of University of North Carolina’s Minimally Invasive Gynecologic Surgery division.

The biggest downside other than, you know, feeling queasy, is trying to figure out what the heck’s causing it. Carey explains there are a ton of reasons you might be feeling less than ideal—some require a doctor’s attention, while others just warrant a painkiller.

Here are the seven reasons you feel nausea after sex, according to experts:

One of the most common reasons you might feel sick after sex is because of penetration that went way beyond your comfort limits, according to Carey. “Deep penetration manipulates the pelvic organs—like the uterus and cervix, specifically,” she explains. “And any manipulation of that cervix can [result in] a vagal response, which can cause nausea.” (ICYDK, a vagal response is an automatic response inside your body that happens as a result of stimulating your vagus nerve, which connects your brain with several key areas of your body.)

Your body’s sudden drop in blood pressure and heart rate in response to maximum penetration is something Carey’s seen even during pelvic exams, Pap smears, and IUD placements. The queasiness is your body’s way of telling you it reaaaallly doesn’t like when things go in that deeply.

What to do: This reaction tends to go away pretty quickly, according to Carey, but she always recommends lying down, putting your feet up, and taking deep breaths to relieve those symptoms. As for a long-term solution, your best bet is to talk to your partner about testing other sex positions that allow you to control how deeply you’re being penetrated and protect your cervix from getting hit. Carey suggests having sex while laying on your side and making sure your partner understands that the days of going in deep might be over.

If deep penetration isn’t your thing (I see you), feeling sick to your stomach after sex might actually be because of how vigorously you’re getting it on instead. Motion sickness isn’t limited to cars and boats, says Carey, so if you and your partner are going at it—moving back and forth, up and down, and side-to-side without a break, queasiness is a total possibility. Though she hasn’t found bed-rocking to be a super-common cause for post-sex nausea, it’s worth exploring.

What to do: Slow things down and monitor how you feel after. Adjusting your speed (but not your enthusiasm) might just be the answer.

Don’t worry, you’re not about to get advice about not having orgasms–that would just be cruel. Orgasms can, however, be the reason for your discomfort.

Since “the uterus contracts [during] orgasms,” Carey says, that can create a visceral response that leaves you feeling sick. For some, the contraction can feel so painful it leads to lightheaded queasiness, and while it’s a less-than-ideal reaction to something that should feel good, it’s not that uncommon, according to Carey.

What to do: “I recommend these patients take a non-steroidal anti-inflammatory, like ibuprofen, before they have intercourse and orgasms to block that response,” she says. After 400 to 600 milligrams of that, the uterine contraction will seem a lot less powerful, allowing you to feel the way you deserve to feel after sex: pleasured.

4. Fibroids or an ovarian cyst

If none of these possibilities are holding true for you, your nausea might be a sign that something more serious is going on. Sex might “be irritating an ovarian cyst or hitting a fibroid or hitting something that you wouldn’t expect to be there,” says Carey. And this might cause a disruption in your pelvic organs (the same way deep penetration can) that results in nausea, in addition to a host of other symptoms.

What to do: Call up your gynecologist for an exam and, if they do find a pelvic mass, stick around for the ultrasound and treatment they’ll likely recommend.

If you’re in an abusive or unhealthy relationship, Carey says the mind-body connection totally makes it possible for you to feel nauseated during and after getting intimate with your partner.

Or, sometimes, if the relationship is healthy, and you’re feeling happy with your partner most of the time, trauma from a past relationship might bring back emotions during sex with your new partner that can make you physically uneasy.

What to do: Address your relationship reservations with your partner if you feel comfortable and safe doing so. Or speak to a psychologist about leaving the unhealthy relationship (again, safely) or working through the trauma that’s affecting your healthy one.

If you typically have sex after you drink alcohol or smoke weed, well, these are two substances that are known to make people feel nauseated. You might feel nauseous due to a combination of these substances and one of the other possible causes listed above, or the drugs and alcohol on their own, explains Carey.

What to do: Hold off on drugs and alcohol before you have sex and monitor how you’re feeling after. If you find you’re feeling better, consider scaling back on these substances to give your body a break.

Look, it’s not like it tastes good or anything, says Carey, so it’s totally possible that it’s making you feel sick.

While it might take some adjusting here, and a little discussion with your partner there, discovering the source of your nausea after sex by ruling out some of these possibilities will have you feeling sexually satisfied in (almost) no time.