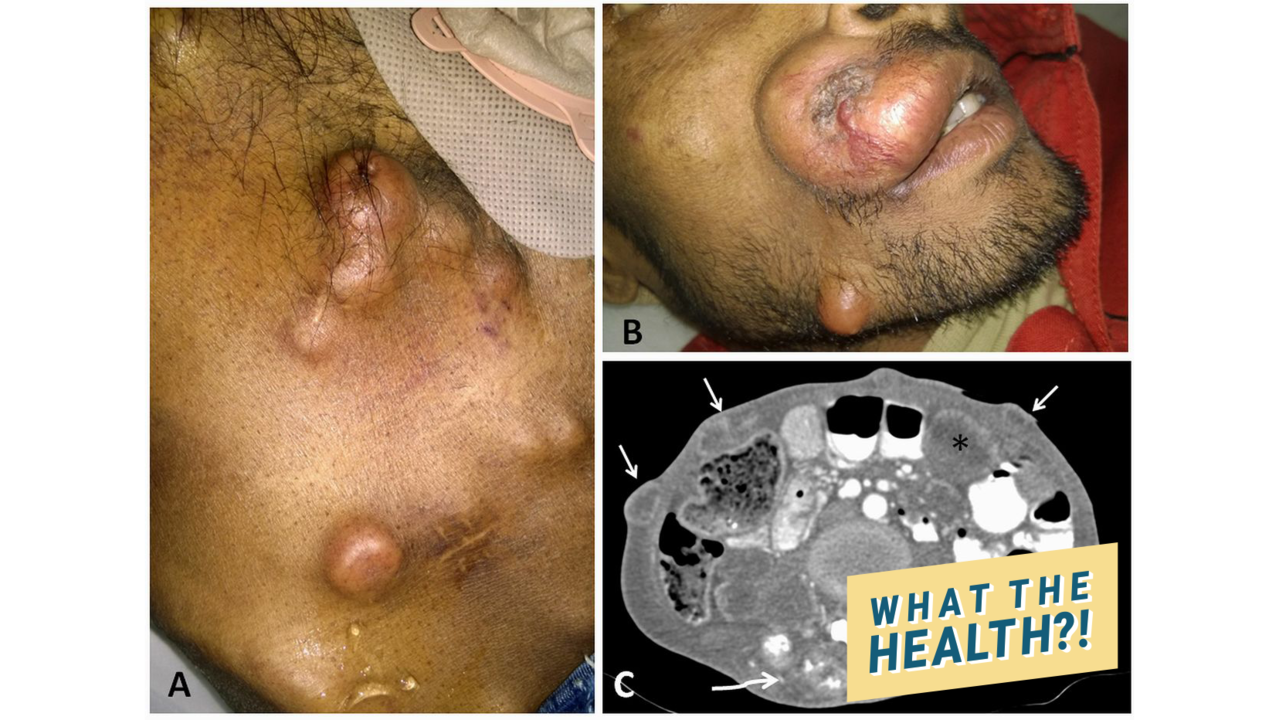 A 35-year-old man in India died after his rectal cancer metastasized to his skin, according to a new case report from the BMJ.

The patient had a type of rectal cancer called mucinous adenocarcinoma, which is when a tumor is comprised in part by mucin, a compound found in mucus. His cancer was originally treated with a surgery called a laparoscopic abdominoperineal resection. This procedure is used to treat cancers in the anus and rectum that are close to the sphincter muscles, and it involves removing the anus, rectum, and part of the large intestine through multiple small incisions.

Two chemotherapy drugs—capecitabine and oxaliplatin—were recommended after surgery for this patient, according to the case report, but he decided against taking these medications, which can be expensive.

The patient returned to the doctor two months after surgery with pain in his upper abdomen and lesions on his body. These were “well-defined, firm, nodular skin lesions distributed over the face, chest, abdomen, and back,” the report explains.

After reviewing the patient’s cancer history and current symptoms, doctors diagnosed him with metastatic cancer that had spread to his skin, called cutaneous metastasis, from his rectum. A CT scan revealed two lesions in the left lobe of the patient’s liver, and lesions were also found in his abdominal wall. A biopsy of one of the lesions on his skin confirmed that the mucinous adenocarcinoma had metastasized to his skin. The patient died three months later after choosing not to undergo further treatment.

The spread of cancer to the skin usually occurs by way of veins or the lymphatic system, the report notes. It “is often detected several years after the surgical removal of the primary tumor, the mean interval being 33 months,” the authors write.

They warn that doctors should evaluate any lumps on the skin that patients who have been treated for rectal cancer notice.

“Any cutaneous nodule in a postoperative case of adenocarcinoma rectum should be thoroughly evaluated as it may be the earliest sign of recurrence,” the report says. “Cutaneous metastasis is usually a sign of distant dissemination, and such patients carry a poor prognosis.”